The adaptive data center will become essential to a sustainable planet 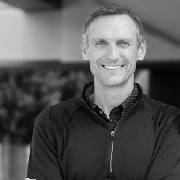 Andrew Schaap is the CEO of Aligned Energy

Concerns about rising average temperatures and sustainability have grown beyond scientists and society at large to become top-of-mind among the largest global businesses, many of whom continue to pursue their own environmental initiatives with respect to energy management, water stewardship, and climate protection.

The CDP, formerly the Carbon Disclosure Project, has built the most comprehensive collection of self-reported environmental data available in the world, which enables companies, cities, states and regions to measure their environmental impact, manage risk and identify opportunities. Last year, the CDP queried organizations to calculate how a warming planet might affect them financially. 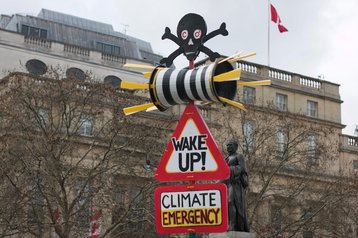 As reported in The New York Times, after analyzing submissions from hundreds of the world’s largest corporations, the CDP determined that some companies could potentially face as much as $1 trillion in costs in the coming decades unless they implemented measures to prepare for climate change. Moreover, by the companies’ own estimates, the majority of these financial liabilities could start to materialize in the next five years.

Businesses across a number of industry sectors have also expressed worries that extreme weather events could disrupt their supply chains, which for large cloud, content and platform providers could become a challenge when looking to expand into existing or new markets.

Given the digital transformation of business and the increasing proliferation of next-generation technologies such as Artificial Intelligence, Machine Learning, and smart city applications, it’s unrealistic for us to expect to reduce the amount of data these technologies will generate, or our increasing dependence on them as humanity embarks upon the Fourth Industrial Revolution. IDC predicts that the world’s data will surge 61 percent from 33 zettabytes (ZB) last year to a 175 ZB by 2025. And in two years, Cisco forecasts, hyperscale data centers will account for 55 percent of all data center traffic, 65 percent of data stored in data centers, and 69 percent of all data center processing power.

As we know, it takes a tremendous amount of energy and often copious amounts of water to power and cool any data center. In fact, data centers contribute to industry’s consumption of 45 percent of all available clean water, which is especially a problem in developed countries.

Faced with these challenges, hyperscalers, cloud and software as a service (SaaS) providers would likely benefit from an adaptive and intelligent data center platform. Such an adaptive data center is focused on helping companies achieve greater business value with less costly energy, water usage, and infrastructure resources, especially in high density, high performance computing environments. An essential element of an adaptive data center is cooling technology that delivers energy efficiency at any load, in any climate, and regardless of location to support firms’ sustainability goals. In addition to reducing resource usage, this mitigates environmental impact and lowers the Total Cost of Ownership (TCO).

Once again, as our homes, buildings, workplaces, streets, cars and communities become ever more interconnected, we cannot reduce the amount of data the wondrous technologies driving the Fourth Industrial Revolution will generate. However, we can develop data center infrastructure that is equally responsible to the needs of humanity and those of our planet.