With renewable energy supplied by Vattenfall

Microsoft will build large-scale data centers in Gävle and Sandviken, Sweden, with the aim of creating the company’s most sustainable data centers to date.

The company will work with Swedish utility provider Vattenfall to power the facilities with 100 percent renewable energy and work on achieving zero-waste for the data centers' operations. 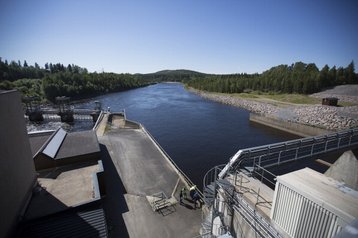 Vattenfall will also work with Microsoft to develop new power infrastructure in the region to create more stable power for the facilities and the surrounding area.

Andreas Regnell, SVP of strategic development at Vattenfall, said: “Vattenfall Distribution as the regional network owner will construct and build the distribution infrastructure required to connect the large-scale facilities. Over time, the new infrastructure will help further reduce the carbon footprint of the data centers, while at the same time reinforce an already strong electricity grid in Gävle and Sandviken to the benefit of the people who live there.”

Gävle is a city in central Sweden with just over 100,000 inhabitants, with the smaller Sandviken found 25km to the west of it. Both towns are about two hours drive from Stockholm.

Microsoft acquired 130 hectares of land across the two sites in Sweden in December of last year for SEK 269 million (US$29.6m).

In a blog post, Noelle Walsh, CVP of cloud operations & innovation at Microsoft, said: “We intend for our data centers in Sweden to be among the most sustainably designed and operated in the world with the ultimate ambition of achieving zero-carbon operations. The data center design we’re developing will further Microsoft’s ongoing commitment to transition to a sustainable, low-carbon future.”

In 2017 Microsoft and Vattenfall entered into a ten-year supply agreement to power the tech giants Dutch facility with renewable energy. Under the agreement, Microsoft bought 100 percent of the energy generated at a wind farm that sits adjacent to its data center in Agriport, 50km outside of Amsterdam.