A future with sustainable, profitable Lithium-ion battery recycling is closer than you think 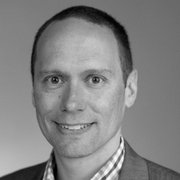 Lithium-ion (Li-ion) batteries first appeared in data centers approximately five years ago to be used in uninterruptible power supply (UPS) systems as a means of ensuring uptime for mission-critical infrastructure in data centers. While Li-ion batteries are becoming increasingly popular for their reliable performance, low maintenance, and small footprint, there has been a fair amount of speculation regarding the costs and sustainability of recycling these batteries. 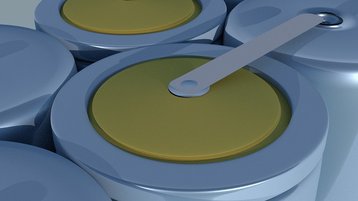 The belief among skeptics was that most Li-ion batteries end up in a landfill, and those that are recycled are done so using a furnace process that melts all components and renders everything but the reclaimed metals totally unsalvageable.

Several years ago, that process was commonplace, but a growing number of companies are using recycling processes that recover more of the valuable elements in the battery while minimizing or eliminating waste by-products. Government pressure and early, aggressive Li-ion battery adoption have kept China at the forefront of developing recycling technology and infrastructure, including a closed-loop Li-ion battery recycling plant.

In North America, the focus on recycling was slower to develop, but momentum is building. The Canadian company Li-Cycle, recently made its debut as a public company, while United States-based Redwood Materials is planning to build a $1 billion, million-square-foot factory that will be one of the largest of its type in the world.

A whitepaper exploring the methods for recycling used Lithium-Ion batteries

In terms of monetary value to recyclers, nickel is a distant second to cobalt. However, nickel remains valuable for its increasing role in energy storage systems. Battery manufactures are also moving toward high-nickel, or cobalt-free, battery design to increase energy density and reduce the reliance on cobalt, which further increases demand for nickel and pushes up prices.

What’s left after this step is what’s known amongst the recycling industry as the “black mass.” This is a black, grainy powder that’s finer than sand, but it doesn’t float in the air. Black mass is all the active, high-value materials that make up much of the cost in manufacturing Li-ion batteries.

Recycling companies will often use a chemical process known as hydrometallurgy, which processes and separates the black mass into each of its original elements, to recover up to 98% of the battery’s elements. Through chemical separation, the materials reach the purity level of battery-grade materials that make new batteries. The value of those salvaged elements often can offset the cost of the recycling process.

The four key metals used in Li-ion batteries in the data center are cobalt, nickel, lithium and manganese.

In recent years, cobalt has received the most attention, because it’s the most valuable, and notably, because half of the world’s reserves of cobalt are in the Democratic Republic of Congo where child labor issues pose ethical and sustainability concerns.

In terms of monetary value to recyclers, nickel is a distant second to cobalt. However, nickel remains valuable for its increasing role in energy storage systems. Battery manufactures are also moving toward high-nickel, or cobalt-free, battery design to increase energy density and reduce the reliance on cobalt, which further increases demand for nickel and pushes up prices.

Lithium is obviously the common thread found in all Li-ion battery chemistries, but it is less valuable to recyclers than cobalt and nickel. That’s because there is often only small traces of it in each battery. Like cobalt, lithium has been the subject of controversy as mining companies in South America have been accused of exploiting local populations and using excessive amounts of water in the mining process. Therefore, we may see more organizations looking for recycled lithium as a way of sourcing it through more ethical means.

Manganese is not as geographically concentrated and not as valuable at the previously mentioned metals, so it is less interesting to recyclers.

For recycling companies, the more valuable the materials found in a battery after it is processed, the more money they can make by recovering those materials and selling them back to the supply chain.

The material value of recycling NMC Li-ion batteries can largely offset the cost of ownership over time Jeff Kessen, Vertiv

Therefore, it’s important to note the three most common Li-ion battery types found in the market and what their value is relative to their chemistries.

Industry experts predict the number of electric vehicles on the road will increase from 10 million in 2020 to upward of 145 million by 2030, and while the exact figures are not yet available, we can expect Li-ion demand in the data center to see a similar rise. For data center operators, the material value of recycling NMC Li-ion batteries can largely offset the cost of ownership over time, but other chemistries may still involve a modest cost to recycle. Even so, recycling contributes to an organization’s sustainability efforts by diverting these batteries away from landfills.

Jeff Kessen, senior vice president of energy storage at Vertiv, has more than a decade of experience in lithium-ion batteries. He previously held senior roles at A123 Systems, a lithium battery manufacturer largely focused on the vehicle industry. Jeff has also worked in embedded controls for automotive powertrains as well as vehicle chassis development. He holds a degree in Mechanical Engineering from Kettering University (formerly GMI) and an MBA from the University of Michigan.