Zynga to use IPO proceeds for large infrastructure investment 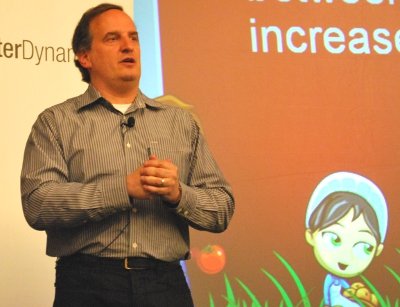 Zynga expects its initial public offering ÔÇô filed on 1 July ÔÇô to enable it to invest heavily in data center infrastructure, according to the documents the company filed with the US Securities and Exchange Commission.

The company said its cost of revenue consisted primarily of web hosting and data center costs related to operating its social-networking games. Zynga said it will continue to make investments in servers, data centers and other infrastructure, in addition to funding developer teams around the world to build games.

"We expect cost of revenue to increase for the foreseeable future as we expand our data center capacity and headcount associated with player support," the filing read.

Through the IPO, Zynga said, the company would invest more in "play" than any company in history.

To support its online gaming properties, Zynga has been using a hybrid-cloud set-up, combining, through RightScale, an Amazon Web Services public-cloud infrastructure with its own private-cloud one, as the company's CTO Allan Leinwand explained at last week's DatacenterDynamics conference in San Francisco.

Zynga wrote in its IPO documents that it operates several data centers in the US, "pursuant to various lease agreements." These are the facilities that house infrastructure Zynga's private cloud is built on.

The company started using AWS's Elastic Compute Cloud in 2009, when the launch of one of its flagship games FarmVille led its infrastructure team to the realization that it could not add physical servers in data centers fast enough to keep up with growth in the number of players.

Building out the private cloud and integrating it with Amazon was the next step, and the private cloud has kept growing at a stellar rate. The number of physical servers deployed at Zynga's data centers grew 75 times between January 2009 and January 2011, Leinwand said.

Zynga's investment in infrastructure is a result of growing popularity of online gaming. Gartner expects the size of the worldwide online-gaming market to reach about US$11.9bn in 2011.

The market-analyst firm forecasts the market to nearly double by 2013, when it is expected to reach the size of about $21.4bn. By 2015, Gartner says, the online-gaming market will be a $28.3bn opportunity.