Zoom has a global outage

Updated: Zoom, the web conferencing application which has been booming during the Covid-19 pandemic, is suffered a global outage on Monday 24 August.

Users reported difficulty logging in and joining meetings, particularly in the US and UK - beginning in the early morning US time. (12.42 BST,, 0742 EST). Down Detector showed the problem continued for some three hours later. although from 3pm GMT, reports have begun to decrease. At around 16.30pm UK time Zoom reported it is deploying a fix, and is "continuing to complete the fix for any users still impacted". 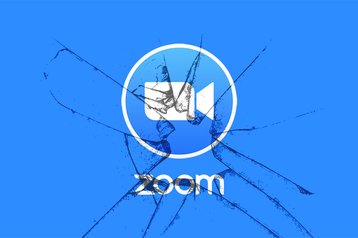 "We have received reports of users being unable to start and join Zoom Meetings and Webinars. We are currently investigating and will provide updates as we have them. We sincerely apologize for any inconvenience. Please follow status..zoom.us", said a company Tweet which was being repeated to all users reporting difficulty using the Zoom service.

Zoom has been experiencing unprecedented levels of usage since the pandemic shifted office staff to working from home, and has hit the occasional problem, for instance an outage on a Sunday morning in May. This glitch takes place on a Monday morning, when many users are likely to be returning to their jobs after holidays, preparing for a busy autumn schedule.

Much of Zoom runs on AWS, but DCD has not seen anything to indicate this is a problem in the underlying service. Zoom itself has given no details, except to say on its status page, that Zoom Meetings and Zoom Webinars have a "partial outage". This message is still displayed while the fix is deployed.