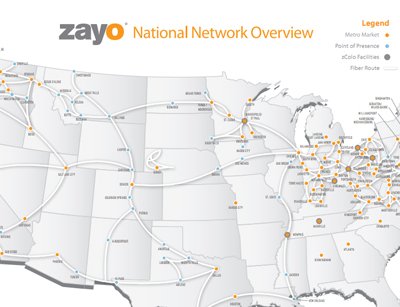 The facility preciously owned by MarquisNet, will become zColo’s 12th colocation facility, which will be used to tap into rising demand in Las Vegas for data center space from both the gaming industry and disaster recovery for US west coast customers.

zColo operates in 11 markets in the US, including Low Angels, New York, where it manages the 60 Hudson Meet Me Room, known for its connectivity, and New Jersey.

Zayo’s data center acquisition is its 18th so far. On December 1 2011 it acquired Seattle-based 360Networks, and it purchased AGL Networks, a subsidiary of Atlanta-based AGL Resources in March 2010. In 2009 it also made headlines for it acquisition of FiberNet.

The Zayo Group is based in Louisville, Colombia, and has a network that spans 44,000 route miles across 39 US states.