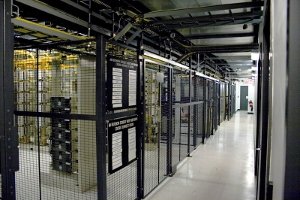 Fiber network operator and colocation provider Zayo has completed acquisition of FiberNet, a provider of comparable services. As a result the buyer added new colocation and interconnect facilities in New York City, New Jersey, Chicago, Miami and Los Angeles to its roster. One of the new assets is a meet-me room at 60 Hudson St. in New York - one of the largest network exchanges in the world, according to a statement.

"The strategic foundation of Zayo Group is to provide bandwidth infrastructure services to carriers, internet companies, and other large consumers of bandwidth," Zayo CEO Dan Caruso said in a statement. "FiberNet's important role in providing connectivity in and between the major carrier hotels is a natural extension of Zayo's bandwidth services."

"FiberNet has a deep presence in the most important telecommunications buildings in the U.S., particularly the greater New York-New Jersey metro region," Zayo President John Scarano said. "Zayo extends the on-net reach to hundreds of other important telecom buildings across the Northeast and Midwest regions of the United States."

Zayo - currently comprised of three business units - plans to launch a fourth one in the process of integration with the acquired company. The company is backed by seven investors, including Morgan Stanley, Columbia Capital and Charlesbank Capital Partners. The investors cumulatively manage more than $490 billion in capital, of which $325 million in equity has been earmarked for Zayo, according to the company's Web site.