Xtera claims Nokia, ASN and NEC infringed on five of its patents

Files complaint with the US International Trade Commission

British telecommunications equipment supplier Xtera Communications has filed a complaint with the US International Trade Commission against Nokia, Alcatel-Lucent Submarine Networks (ASN) and NEC Corporation, alleging that their networking equipment infringes on five of its own patents, and requesting that the ITC put a ban on the sale and import of relevant products. 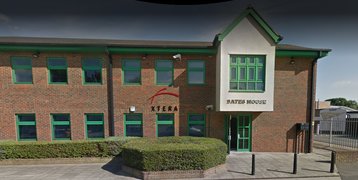 The complaint accuses Nokia of breaching at least one of its patents with its Photonic Service Engine 2 - reportedly a key component of Nokia’s current optical transport equipment range - and its 1620LM Submarine Line Equipment, claiming that the company declined an offer to use the intellectual property on a licenced basis.

NEC, Xtera alleges, also breached at least one of five patents with its NS Series Submarine Repeatered Subsea Systems, but was not offered the same deal as Nokia.

The five patents allegedly breached are:

As of yet, the ITC hasn’t opened a formal inquiry into the claims.