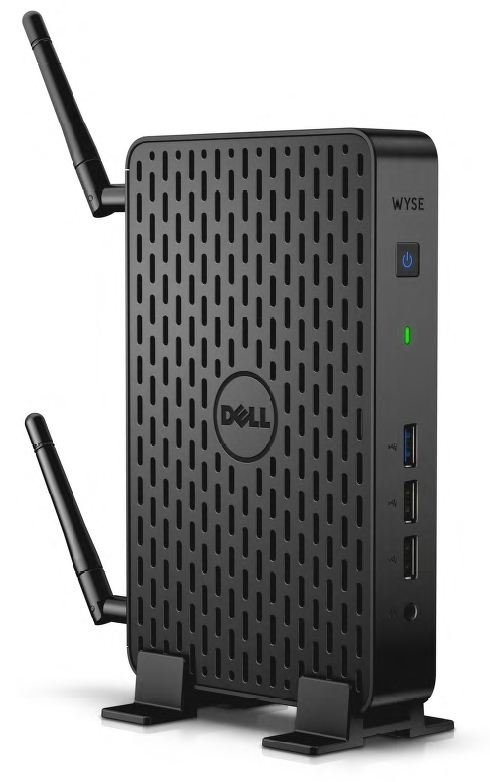 With a growing number of virtual desktops being delivered to users by way of iPads, and otherwise ordinary tablets, there’s a significant case to be made that powerful PCs are no longer necessary. Virtualization has extended the capability of server CPUs to take on greater workloads. History may yet show that virtualization lent more power to servers than the evolution of CPUs themselves, with respect to their ability to execute client workloads in enterprise networks.

The argument in favor of thin-client desktop devices cuts two ways. While it justifies the assertion that offices no longer need high-power client PCs to do ordinary work that some employees are doing on their iPads anyway, it’s difficult to make the case that a mobile worker needs anything that ties them down to a desk.

Is there a market for end-to-end VDI?
A little over two years ago, Dell took the bold step of acquiring Wyse, one of the oldest brands in the field of terminal computing, dating back to the early 1980s. Now Wyse is a sub-brand of Dell, somewhat like Latitude, OptiPlex, and Inspiron. But while you’d think Wyse refers to the thin client form factor, Dell is carefully leveraging Wyse to get Dell’s foot in the door, offering a system comprised of Wyse clients and Dell servers.

The pitch: Virtual desktops need end-to-end systemization to work most effectively. If you can drop both servers and clients into an office environment, all you’d need to get VDI working effectively is go through a few minutes of provisioning steps.

Think about it for a minute: Would your organization be willing to replace everything — employee-facing servers and their thick-client PCs — just to get VDI working?

“We believe it’s a mandatory initial step: Before you even think about a solution, you should take inventory of your organization,” Dan O’Farrell, a Wyse veteran who is now a senior director of product marketing for Dell’s Cloud Client Computing division, told DatacenterDynamics. “Figure out what people need to do to get their jobs done, because there can be a variety of different types of use cases within an organization or throughout a company.”

Dell is offering to sit down with customers, O’Farrell tells us, to work out a plan for the organization that identifies where virtual desktops make sense, and where they don’t. “While most companies will benefit from this, we are not saying that every company should put all of their employees on a virtual desktop, because it’s always driven by use cases. But we go through that process prior to even recommending anything, in terms of how or where it’s deployed. Once we’ve come up with a plan of attack with the customer, we then can either build aggressively or we can migrate very gradually, maybe phase it in or pilot for a while. All of that is up to the preference of our customer.”

In his talk with us, O’Farrell was careful not to equate “virtual desktops” with VDI, the culmination of virtual desktop technology promulgated by VMware Horizon View. Showing his clear allegiance to Wyse’s heritage, he says at one point, “Some people use the phrase ‘VDI’ as synonymous with ‘virtual desktop,’ and it is not. It’s one of five different primary architectures that you can employ, to provide this type of experience to your people.”

One such architecture is the persistent desktop, residing on a permanent and backed-up VM that the user essentially owns. There are other situations where VMs are built around specific applications. A user who needs that application launches the VM for it, which either augments her existing desktop or presents another one on top of it. Once the documents are produced and the application is exited, the instance of that VM can be safely destroyed.

But that latter set of policies often leads to a kind of mayhem in the datacenter, where admins spend most, if not all, of their time untangling master VMs from running like variably cooked strands of spaghetti. For those situations, O’Farrell — revealing his Wyse heritage again — suggests using Dell Wyse’s Device Manager software as an administrative tool.

“As soon as you go above a few of these devices, you’ll typically want to have this,” O’Farrell remarks. “The devices themselves are self-managed, and you don’t need a management system per se. But for most organizations, including schools, once you get above 20 of these, you want to have a management system where you can take inventory, see what’s out there, remember the names of all the locations, etc.”

He then offered an example for college datacenters: “With Wyse Device Manager, with any of our thin clients, you can do things like turn on and off local USB ports on the endpoints. You can set up usage profiles, so that a lab student can do so much in the lab, for example, but not in the lecture hall. Or somebody from the biology lab can only log on if they’re from the biology class, and you can’t let some kid from some other curriculum do anything on those devices.”

It sounded like the Wyse we’ve come to know — the one that partnered with Citrix in 2011 to deliver faster graphics and video on dedicated hardware for thin clients. But Wyse is part of Dell now, which means it must start looking and behaving more like Dell. It must offer end-to-end solutions like Dell, with customer consultations like Dell.

“It is not architected for the lunatic power-user,” admitted O’Farrell (after having heard me introduce myself as having previously covered Intel for Tom’s Hardware). “It’s really built for the task worker, the knowledge worker, but not for somebody opening up multiple windows with 3D graphics. We have higher-end dual- and quad-core thin clients for that purpose.”

Having a selection of thin clients, he tells us, gives customers the option of purchasing a variety of models that are best suited to particular workloads. That being said, Wyse’s high-end option from that menu also looks more like Dell: a pre-racked solution that leverages Dell’s long-standing relationship with Citrix’ main competitor, VMware.

“We’ve added Virtual SAN technology from VMware and integrated it into the solution,” says O’Farrell. “The real end result from that is greater efficiency, which then maps directly to cost savings. We’ve made our pre-bundled solution for VMware View even more efficient and even more cost-effective.”

Having been a private company now for almost a year, Dell has the luxury of being able to institute a long-term growth strategy that shareholders might not have appreciated in the short-term. One of the first decisions it made that would be executed upon going private, was buying Wyse, giving Dell a new point of competition against HP. At first it seemed Wyse might take Dell into new and unfamiliar territory. Today, it appears the opposite is more true.