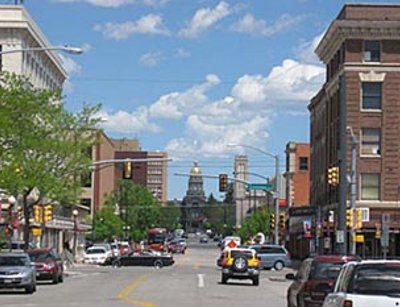 Green House Data, a small US data center services provider, wants to expand in Cheyenne, Wyoming, and the local county government wants to help it do so.

Laramie County officials plan to apply for a US$2.25m state grant to help the data center firm pay for network connectivity and power the new data center will use over three years, Wyoming News reported. Shawn Mills, the company’s president, said its current data center was almost at capacity.

“What this grant does is it gives the ability for Wyoming to show up on the national data center radar screen,” the local news service quoted him as saying.

Local officials want the $100m project primarily because of additional jobs it will create (the existing data center employs mostly locals), but also because it is something that will represent technological progress.

“It’s so nice to be on the cutting edge of something here in Wyoming,” Gay Woodhouse, a county commissioner, said.

“I spent years grow up here, and we’re a little behind the curve in so many areas. Now first [Green House Data] and then a lot of data centers are coming in here.”

But Green House Data is only a small part of the reason Cheyenne (population: 60,000) is now on the map as the place where cutting-edge technological innovation is taking place.

Microsoft announced earlier this week that it will be installing its ITPAC data center module at the site of the city’s wastewater treatment plant and a fuel cell that will convert biogas generated during the treatment process into electricity. This is an experimental set-up to see if it is practical to power a data center workload entirely with biogas.

If the experiment is successful, Microsoft will be able to deploy data center capacity at waste sites around the world and power them with fuel cells without relying on local utility grids.

Green House Data serves customers from all over the United States, as well as some foreign companies. In addition to its Cheyenne facility, it has a data center in Portland, Oregon.