Bangladesh has signed a $10 million additional financing agreement with the World Bank to improve its government procurement system by building a new data center and a mirror site.

The Public Procurement Reform II project focuses on the construction of a 200 terabyte facility with storage for 8.6 million tenders and support for around 325,000 registered bidders. 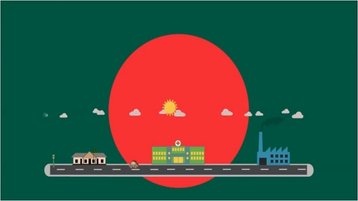 Spending money to save it

The additional financing brings the World Bank’s support for the reform project to $68.1 million, with an interest rate ranging from zero to “low” over a 38-year term, a six-year grace period, and a service charge of 0.75 percent.

In 2011, Bangladesh rolled out electronic procurement and online performance monitoring system called e-GP across the procuring arms of transport, local government, water, and power, which together spend about half the country’s annual development budget.

“With the additional financing, a data center with increased capacity will enable other public sector agencies to access the e-GP platform.”

Rajashree Paralkar, acting World Bank country director for Bangladesh, added: “Bangladesh has made a gradual improvement in its public procurement system by shifting from traditional procurement practices to international standards through digitization. Results are visible in the economy, efficiency, and transparency of the system that ensures better value for money.

“The additional financing will contribute to further strengthen the capacity of the procurement system and meet the growing demand of the procurement entities. This in turn will improve the country’s investment climate and accelerate the pace of poverty reduction.”

In recent years, the People’s Republic of Bangladesh has tried to rapidly bring the nation online, with the eighth-most populous country going from an Internet penetration level of 1 percent in 2007 to 9.6 percent in 2015.

The country lags behind neighboring India, however, who had an Internet penetration level of 18 percent back in 2014, according the the World Bank, and has pursued an aggressive campaign to bring the nation online.

Bangladesh also still struggles with systemic poverty, with a poverty level of 25.6 percent in 2014. But, notably, that is a massive improvement over the 57 percent level found in 1990.