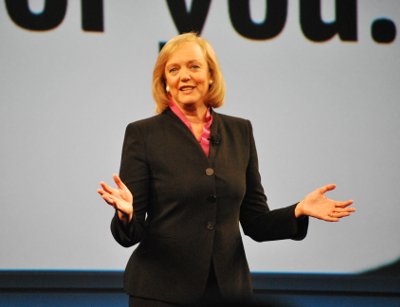 About 4,000 employees left HP during the company’s third fiscal quarter, its president and CEO Meg Whitman said, adding that the result showed that the company-wide restructuring program she announced in May was on track.

The overall plan includes a goal of eventually laying off or sending into early retirement a total of 27,000 staff around the world. Whitman said Wednesday that the company had seen a greater-than-expected acceptance rates for early-retirement offers.

She made the comments during the company’s earning call for the third quarter of fiscal 2012. While reporting a year-over-year loss in earnings per share (EPS) and a downward slide in revenue.

Whitman said the financial results were not unexpected and attributed them to a challenging macroeconomic climate, industry trends and HP’s execution issues, which the restructuring plans were devised to address.

“Overall we had a decent quarter and again we did what we said we were going to do,” she said. “This is Encouraging in light of the deteriorating macroeconomic environment.”

Whitman is putting the company through a major “multi-year turnaround”, of which the company is still in the early stages, she said. During the third quarter alone, HP replaced the head of its enterprise-software subsidiary Autonomy, who was also in charge of its Information Management unit, appointed a new COO, a new CIO and swapped out the head of its Enterprise Services division.

HP CEO said repeatedly during the call that the company continued to experience execution challenges. “There are still some very serious execution issues in this business,” she said.

Some of these challenges were with sales pipeline conversion, competitiveness in hyper-scale servers and better balance in supply and demand by the company’s Imaging and Printing Group.