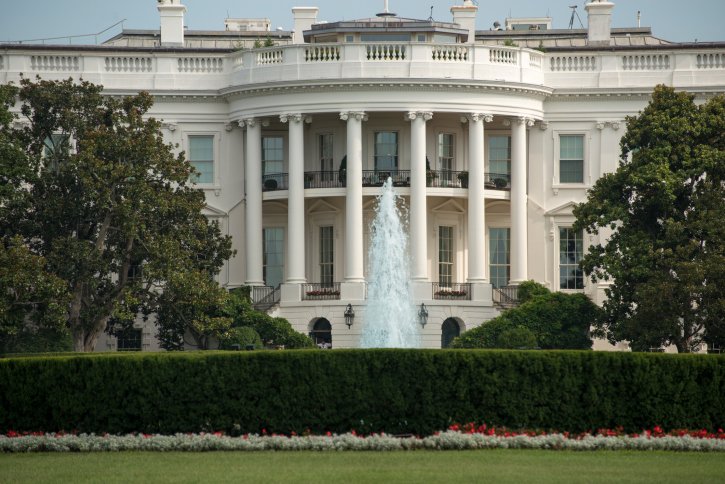 The US government has challenged data center operators to become 20 percent more energy efficient by 2020. Nineteen operators, including Digital Realty, have signed up to the task.

The Better Buildings challenge, run by the Department of Energy (DOE), asks buildings to cut their energy use by 20 percent. The extension to data centers was announced in a White House blog post and a reception at the White House itself this week.

The US has about three million datacentres, and in 2013, they burned 100 billion kWh of electricity, or two percent of US consumption, according to a widely-used estimate quoted by the DOE. If all data centers were 20 percent more efficient, that would save 20 billion kWhr or roughly $2 billion, the Department reasons.

Green Grid assistance
Industry body The Green Grid helped the DOE frame the challenge for data centers, and will advise participants how to meet the target, suggesting initiatives such as arranging hot or cold aisles and optimizing cooling systems.

The challenge is aimed at the broad mass of data centers which may use more than half their energy input in cooling and infrastructure (PUE be higher than 2.0), so a 20 to 40 percent cut is realistic.  The scheme is aimed at firms with 100kW or more of IT load in their data centers.

The initiative has faced criticism for setting an easy target - the National Resource Development Council reckons 40 percent is achievable - and for only netting 19 organisations. The bodies' data centers consume some 90MW of power, which is probably around one percent of the total for the US.

Seven government agencies have joined the scheme including the Environmental Protection Agency (EPA) and parts of the Department of Defense. Private sector partners include Digital Realty, CoreSite and eBay.

The US government is committed to making financial savings through consolidation, having already achieved a $1.1 billion reduction in costs. Agencies including the Navy and the Social Security Administration are making cuts by shutting and reorganizing data centers.