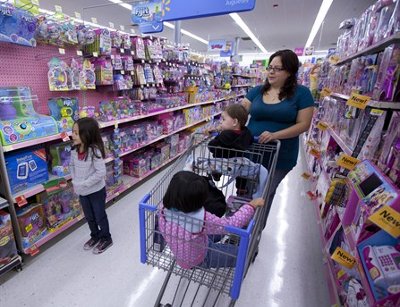 US retail giant Walmart launches its newest data center in a small town in Colorado in October. The data center is reportedly supporting the company’s websites and internal IT functions.

The data center is reportedly supporting the company’s websites and internal IT functions. The launch date came just in time before the holiday shopping season and “Cyber Monday”, a special day made up by companies to mark the Monday after Black Friday and encourage people to buy products online.

According to a report by The Gazette, a local news agency, the company invested US$100m in the 210,000 sq ft facility in Colorado Springs. Despite the fact that local officials considered the project a major economic-development win for the region, the retailer and the officials did not turn the data center’s opening into a publicity fest.

Local officials worked hard to make Colorado Springs attractive for Walmart, as the company looked for an appropriate location for its next data center. In May 2011, officials approved a $4.5m tax-incentive package for the project, in which the company was expecting to spend $100m.

The city’s efforts came to fruition in September 2011, when Walmart bought a 24-acre piece of land in Colorado Springs for data center construction. FedEx, Progressive Insurance and HP have data centers in the area as well.

The officials expect the data center to inject about $488m into the local economy over the next 15 years.