VMware has its annual get-together in August in San Francisco, but a few weeks later the stories get extended and embellished at the European edition of VMworld in Barcelona.

This year was no exception with a quiverful of slogans, and a barrage of announcements, all of which added up to an assertion that VMware would like to take charge of pretty much everything from the hardware in your data centers upwards.

The big slogan “Brave New World of IT” brought an unintentional dystopian reference to Aldous Huxley’s book, but the dark side was hard to find in an event which promised  “No Limits”. 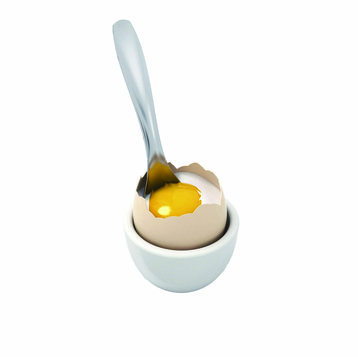 Top European news was a data center in Germany for the vCloud Air hybrid cloud offering. It was significant because users are increasingly demanding “data sovereignty”, the right to know their data is local and - hopefully - safe from snooping by the NSA.

Is a German data center enough? Of course not. The logical conclusion is a need for data centers in every country - and probably for all the major cities within most countries. VMware’s head of cloud Bill Fathers was clear that VMware isn’t going to manage that - but assured Datacenter Dynamics that vCloud users are all right, because the exact same offering is delivered by partners within each country.

Pat Gelsinger is one of tech’s most approachable and friendly CEOs, but he always looks ill-at-ease on stage, even with a keynote encrusted with carefully crafted corporate soundbites. This time round, the memorable bit was the boiled egg.

As well as “No Limits” and the  “Brave New World of IT”, Gelsinger promised “The Power of &”, which means users don’t have  to make choices (between, say, public and private cloud).

So far so conventional. Then Gelsinger launched sideways. “I’m a farm boy,” he drawled, and told us how he likes a soft-boiled egg for breakfast. And you know what? That boiled egg is like a data center.

“A data center is hard and crunchy on the outside, but soft and gooey on the inside,” said Gelsinger. It has a highly secure outer shell, but the servers inside are soft. If attackers can hit one virtual machine (VM), they can get through the whole data center.

To counter that, VMware wants to hard-boil the inside of the data center, placing a kind of firewall on each of the VMs. This will apply policies on traffic between VMs, and should limit the impact of any attack inside the data center, he said.

EVO: RAIL caused a stir in August. It’s a 2U hardware module for data centers, including four servers, each with solid state and hard drive storage, along with 10G network connections and Intel Xeon processors.

In Barcelona, HP joined the bunch of vendors signed up for EVO: RAIL, and repeated the big message. This is all about the hardware - but all the hardware is the same. Whoever you buy it from, you get the same design of commodity kit, loaded with the same VMware stack.

VMware promises it’s so easy you can have VMs up and running in 15 minutes - and to prove it, invited VMworld visitors to try for a record time on EVO: RAIL hardware.

There are plenty of hyper-converged infrastructure (HCI) players offering similar kit and most claim to be unfazed by EVO: RAIL. Nutanix told us the arrival of the VMware spec just endorses and legitimizes the concept.

For the big hardware players, it’s a different story. They all say they can differentiate their EVO: RAIL hardware with a layer of their own management or application software, but they’d really rather make their own.

HP backed its VMware-badged EVO: RAIL product with the same box, under its own ConvergedSystems badge, promising the HP version would be better, more flexible, and could be set up quicker.

Why are they going this way? Because hardware is a commodity and software will eat it. EVO: RAIL - if it works - could standardize data center hardware the same way Microsoft’s Windows Phone and Google’s Android have standardized the hardware they run on - by setting a series of specifications for compliant devices.

As with commodity phones, commodity data center hardware will - we are assured - provide users with a consistent experience, and make it easy for software vendors to issue regular patches for their devices keeping them more stable and secure.

Taking it to the RACK

VMware admits it can’t push this all the way to large data centers: its EVO: RACK specification - still a tech preview - promises to deliver “zero to app” in two hours for whole racks in big data sites.

For this, however, VMware is having to open up a bit more. The EVO: RACK specification - or large parts of it - will be opened up to the Open Compute project, the web-scale open source movement for efficient hardware launched by Facebook.

At the desktop, VMware announced VMware Horizon Flex, a desktop virtualization product that combines local virtualization (using Fusion on the Mac and Player on the PC) with central control.

This is VMware’s bid to support Bring Your Own Laptop, allowing IT managers to install and control their own secure VMs on machines belonging to end users.

For those who want to absorb the desktop into their data centers, the company also rebranded its desktop as a service product as Horizon Air.

It has to be said that VMware went a bit overboard on the rebranding, and we’re struggling to keep up. It now has a new umbrella term for all its management stuff: vRealize. This brand  includes vCloud Automation Center, vCenter Orchestrator, vCenter Log Insight and IT Business Management Suite - we hope that is clear.

OpenStack and Docker - am I bothered?

Much has been made recently of the supposed threat to VMware from OpenStack, the open source cloud platform which has grown massively of late. If users can build and manage multi-vendor virtualized environments using OpenStack, the argument goes, why would you pay for a proprietary version from VMware?

Far from finding OpenStack a threat, Raghuram made a bald assertion: VMware is actually  the best way to run OpenStack, because of the extra features and mature management.

And then there is Docker, the system which uses minimal containers to separate apps, without having to dish out all the features and overhead of a whole virtual machine.

Containers are the royal road to let customers converge their internal IT in DevOps, we’ve been told, because Operations can provide them as a service, for Development to work in, and eventually deliver apps in, without tiresome recompilation and rebuilding.

If the cool kids are doing things in containers instead of VMs, isn’t that bad news for VMware? Not at all said Raghuram, in an echo of his OpenStack comments.

Docker isn’t a threat to VMware, he said, VMware’s VMs are the best place to run Docker’s containers. The overhead of the virtual machine is slight, and the benefits of security and management are worth it, he assured the 9000 strong crowd in Barcelona.

If VMworld has a dystopian side, it’s VMware’s urge to control, and something about Raghuram’s support for the OpenStack and container standards reminded this author that Microsoft had a strategy to support standards yet still make it hard for customers to leave.

Like Microsoft, will VMware Embrace and Extend the standards?