As part of Dell, VMware doesn’t want that business

QTS and VMware had developed the vCloud Government Service jointly, but VMware has pulled back from offering its own public cloud services, especially since its merger with Dell as part of the $60 billion mega-merger between Dell and EMC. As part of GTS the service will be sold only under the QTS Government Cloud brand. 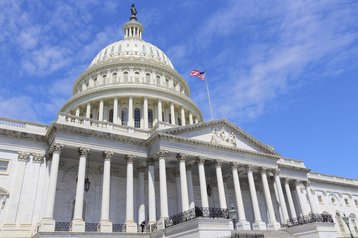 Terms of the agreement were not agreed, but the announcement described it as ”not a material financial transaction”. The deal will allow QTS more flexibility and control in serving US public sector customers, and it can now also broaden its sales channels.

The QTS Government Cloud is an Infrastructure-as-a-Service (IaaS) community cloud for government agencies. It has had FedRAMP Joint Authorization Board (JAB) provisional authority to operate (P-ATO) since February 2015. It is authorized to support workloads up to Department of Defense (DoD) Impact Level 2 (IL2) workloads.

QTS has been expanding its real estate, and in 2015 it bought Carpathia Hosting, a public sector focused hosting company based in Virginia. This ”expanded [our] ability to provide compliant solutions to federal agencies,” said Dan Bennewitz, chief operating officer for sales and marketing at QTS.

“In addition to the Agency systems residing on the QTS Government Cloud we also host multiple FedRAMP authorized systems on our managed hosting and colocation service offerings.”

The FedRAMP program, run by the federal government, issues authority to providers to move sensitive data across the cloud while following stringent mandates.