To stimulate digital and mobile transactions

To keep up with rising demand for card and mobile transactions, multinational financial services corporation Visa is opening two new data centers - one in London and another in Singapore.

Visa already owns two data centers in North America, one of which is located near Ashburn, Virginia and the other near Highlands Ranch in Colorado.

The company’s data center in London is to be retrofitted and converted into a 10,000 sq ft (930 sq m) facility in what used to house Visa Europe’s servers before Visa Inc and Visa Europe merged networks in June last year.

The new data center will bring 3,200 European customers onto the company’s global transaction processing network, VisaNet, while the Singapore facility, also 10,000 sq ft in size, will be the company’s first in Southeast Asia. Both facilities are due for completion in 2018. 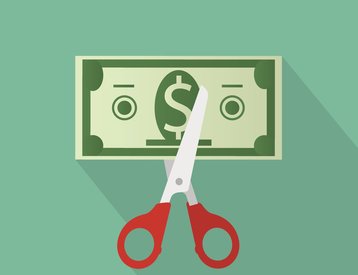 Visa owns 16,000 financial institutions around the world and has over 3 billion bank cards in circulation. In 2015, The Nilson Report found that VisaNet had processed 100 billion transactions that year, worth $6.8 trillion.

The payment technology company has taken up the fight for a cashless world. Earlier this month, Visa offered incentives to 50 businesses in the US, awarding them $10,000 to switch to digital payments only. The company is reportedly considering a similar operation in the UK later this year.

“Commerce and payments are in the midst of an historic shift from analog to digital. A growing majority of people around the globe are leaving cash behind and reaching instead for their cards and devices to pay,” said Rajat Taneja, executive vice president of technology at Visa.

National governments have endorsed the trend too: last year, government-backed initiative Digital India announced its intentions to render the country “faceless, paperless, cashless” setting the grounds to make the country’s digital advancement a key component of its economy.

Sweden’s central bank is reportedly considering the adoption of its own digital currency after circulation of notes and coins in Sweden reached its lowest point on record in 2016.

And earlier this year, the EU Commission discussed a ‘Payments Restriction Initiative’ in the context of the fight against the financing of terrorism, which saw a €10,000 ($11,700) cap placed on cash payments.

A study by Ipsos Mori in March found that card and mobile payments have skyrocketed in the US, Europe and Australia in the past five years, and 20 percent of respondents declared they barely used cash at all already.