Prince Edward County in Virginia has established a new data center tax in order to make it more competitive with neighboring counties in the state.

First reported by the Farmville Herald, the Board of Supervisors this week voted unanimously to establish a separate category for computers and other equipment used in data centers. 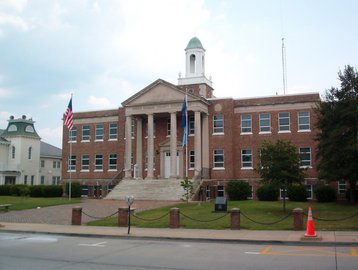 “Many localities adopted these lower rates to attract these types of facilities,” said County Administrator Doug Stanley during the meeting. “It’s considered a separate classification. As an example, Prince William County, Stafford, Spotsylvania, all have a rate of $1.25 per $100. Currently (before the vote), the county taxes such equipment at a rate of $4.50 per $100.”

The tax also includes depreciation rates, with Stanley noting that “after 4-5 years, your computer is basically a boat anchor” which means operators will regularly purchase new equipment. The new tax does not come into effect until 2022.

The board said the lower rate would make the county more attractive and more competitive in luring data center operators and developers to the area.

“[The new tax] allows us to help market our community is having a lower more competitive rate for these types of facilities,” added Stanely.

Prince Edward is far from the only county in Virginia looking to lure data centers away from the Loudoun and the data center alley to the north. In March, the state of Virginia officially reduced the threshold for which data center companies will need to qualify for tax exemption in the state, with the aim of helping less affluent regions to the south.

The same month saw southern Virginia localities comprising the Lonesome Pine Regional Industrial Facilities Authority — Dickenson, Lee, Scott, and Wise counties, as well as the City of Norton — agree to each set a tax rate of 24 cents per $100 on data center equipment.

Meanwhile in May Prince William County voted to increase its taxes on data center equipment, saying the industry needed to pay its ‘fair share.’ Taxes on such equipment will rise by around 15 cents per year from the current $1.35 per $100 of valuation to $2 by 2025.