The Government of Virginia has finished migrating the state’s computer servers from a data center in Chester to a QTS colocation facility in eastern Henrico Country. 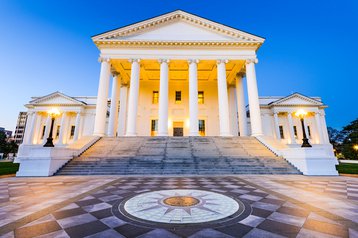 The relocation has coincided with the state’s migration of these agencies into the cloud, which VITA says will enable safer storage for critical information, as well as improved service and response to outages.

The move involved more than 50 different steps over a 29-month period in order to transition 4,500 computer servers and applications from the 193,000 sq ft Chester data center to the new facility.

Rober Osmond, CIO of VITA, said of finishing the move: “I’m especially proud of our agency and supplier partnerships that have made this project successful. Together we have achieved our goals on-time, on budget, and are ready for continuous innovation.”

The state’s migration to the cloud was first ordered in 2018 by then-Governor Ralph Northam. The departure from its Chester data center was sped up by the end of VITA’s 13-year, $2.4 billion contract with Northrop Grumman Corp soon after.

VITA ceased sole service from Northrup Grumman, instead opting to work with a network of eight vendors for different components of the state IT services. As this decision ended the contract prematurely, VITA was required to pay Northrup Grumman $35.8 million in December 2019, approximately half of what the company claimed it was owed. In a press release at the time, then-CIO of VITA Nelson Moe said: “The resolution brings closure to a long-running, costly, and burdensome dispute so VITA can focus on its primary mission: serving state agencies so they can serve the citizens and businesses of Virginia.”

The IT services will now run out of the smaller and more remote colocated space at the QTS facility in Henrico. QTS' Henrico facility currently has 110MW of critical power capacity, though the company is planning for this to reach 240MW.