Calling for detailed evaluation of the effects of power line construction

Virginia legislators have put forward a proposal to authorize an impact assessment on the construction of power lines leading to Amazon’s planned data center in Prince William County, according to NBC Washington.

Specifically, the assessment would look at the feasibility of building the infrastructure below ground, and not along the Interstate 66, as was proposed by local provider Dominion Virginia Power. 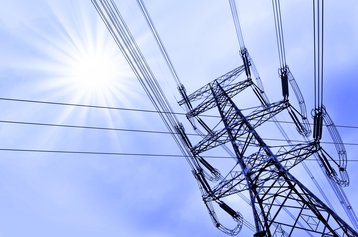 The company’s 500,000 sq ft (46,000 sq m) ’Midwood Center’ project in Haymarket, Northern Virginia, has caused controversy amongst local residents; despite being within 30 miles of AWS’ existing Ashburn facilities, this one requires that a new electrical infrastructure be built.

The initial plan put forward by Dominion Power was to build the lines above ground, along Route 66.

This was rejected by the State Corporation Commission on the grounds it would affect too many homes in both Haymarket and Gainesville, and burying the lines underground would cost too much.

The company was then given the right to seize land on Carver Road, where a community of African American individuals, whose ancestors had been slaves freed in the late 19th century, lived. The planned route would pass directly through peoples’ homes and near public buildings.

Public unrest ensued, and Dominion Energy turned its sights once more on the I-66, while still facing the problem of residential communities being affected, which finally prompted the legislation proposal to allow for an impact assessment.

With their proposal, delegates Tim Hugo and Bob Marshall wish to evaluate the possible effects of erecting the power lines and 120 foot (36.5 meter) transmission towers, but also set a precedent for any future developments. The legislation would give them the right to assess the impact of the project on home values and historical assets, and help them decide where to build the infrastructure.

According to InsideNova, the Prince William Board of County Supervisors and locals would have the transmission lines built following a “hybrid” route, raised in some parts, and buried in others, but the legislators behind the proposal are categorical about the lines needing to be underground.

Marshall told InsideNova: ““If the power is actually needed for this data center, put it underground. That’s our first choice and our last choice.”