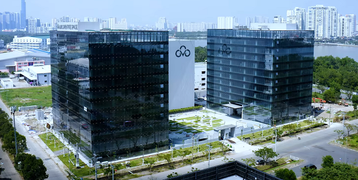 The complex, which has a total area of 13,133 sqm, began construction in December 2019 and was designed by B Barcelona Singapore. It is due to open in April 2022, having been pushed back slightly from March.

“Deploying DC Tan Thuan according to Uptime Tier III standards from the design stage is CMC Telecom’s commitment to perfecting the infrastructure according to international standards. From there, we bring you services with 5-star quality, security, and optimization in response to customers’ increasingly 'fastidious' demands in the digital age. Businesses have ordered more than 30 percent of the racks at Tan Thuan Data Center so far, despite the fact that the DC has not yet been officially launched,” said Dang Tung Son, DCEO/CMO of CMC Telecom.