Verizon is buying AOL for $4.4 billion

The deal includes a dial-up business with two million subscribers

In the process, Verizon will acquire some data center assets and two million dialup subscribers. It will also get its hands on major online media properties like Engadget and TechCrunch, but the real target are the associated digital advertising platforms and tools to deliver content over Internet to mobile devices.

“Verizon’s vision is to provide customers with a premium digital experience based on a global multiscreen network platform. This acquisition supports our strategy to provide a cross-screen connection for consumers, creators and advertisers to deliver that premium customer experience,” said Lowell McAdam, Verizon chairman and CEO.

AOL was worth $222 billion at the peak of the Dot-Com boom in December 1999, but seen its fortunes fade, to say the least. 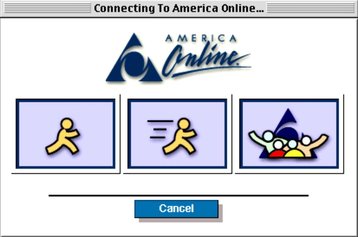 AOL was founded way back in 1983 as Control Video Corporation to deliver games for Atari 2600 over the Internet. By 1985, the company launched a dedicated online service for Commodore 64 and 128 computers, and several years later - Apple Macintosh.

During the early nineties, AOL continued to expand its reach through new consumer-focused services like chat rooms, online games and distance learning. By 1997, about half of all US homes with Internet access had it through AOL.

In 2001, the company merged with Time Warner, in a deal valued at around $350 billion - the largest merger in American business history.

The following years saw massive job cuts, investigations by the US Securities and Exchange Commission and the Justice Department, and several leadership changes, while the number of AOL’s subscribers went steadily down.

There was also the disastrous $850m acquisition of social networking site Bebo – which AOL sold off two years later for an undisclosed amount, believed by many to be around $10 million. Bebo recently reincarnated as a mobile messaging app aimed at children.

In 2009, Time Warner announced it would spin off AOL as an independent entity. The newly liberated company went on an acquisition spree, picking up various content and advertising properties including TechCrunch and Huffington Post, and firmly establishing itself as a media, rather than telecoms business. 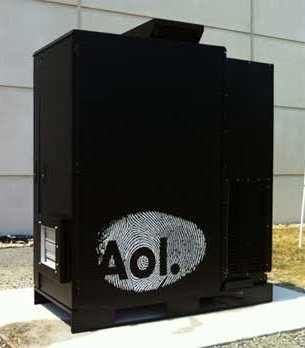 These featureless, fully automated black boxes (pictured left) required no building or full-time staff. It is unclear if AOL is still developing this technology.

Verizon previously said it plans to launch a video service delivered directly to mobile devices, which would offer a mix of paid, free and ad-supported content – something that fits into AOL’s area of expertise.

“It looks like the AOL acquisition is very much about beefing up Verizon’s market position as a provider of content to its own customers,” commented Chris Drake, lead analyst at DCD Intelligence.

Under the terms of the deal, AOL will become a wholly owned subsidiary of Verizon. Tim Armstrong, chairman and CEO of AOL, will continue to lead the company.

The transaction is subject to customary regulatory approval and is expected to close this summer.