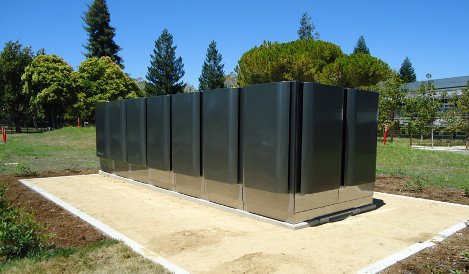 The solid-oxide fuel cells are expected to generate more than 16m kWh of electricity for Verizon each year. The installation is part of Verizon's plan to invest $100m in a solar and fuel-cell energy project that will help power 19 of its facilities in California and six other states, including Arizona, Maryland, Massachusetts, New Jersey, New York and North Carolina.

When completed next year, the project is expected to give Verizon more than 90m kWh of self-generated energy annually. It is also expected to eliminate more than 15,000 metric tons of CO2 emissions per year.

Matt Ross, chie marketing officer at Bloom, said the fuel-cell company was aligned with Verizon in believing in big solutions for big challenges. “At Bloom we are excited to be helping Verizon meet the 21st-century challenge of deploying a clean, reliable, efficient energy platform for their operations.”

Verizon's distributed-generation strategy is meant to accelerate progress toward the company's goal of cutting its worldwide carbon intensity by 50% by 2020. Carbon intensity is a measure of the carbon emissions the company produces for each terabyte of data flowing through its networks.

James Gowen, Verizon's chief sustainability officer, said powering facilities with its own on-site energy sources helped the company meet its sustainability goals but also enhanced the resiliency of its networks. “This is more than the right thing to do for the environment,” he said.

“It is also the right thing to do for our customers and our business.”

Verizon already operates a large fuel-cell site that helps power call-switching center and an office building in Garden City, New York. The company also uses 26 solar-assisted cell sites in remote areas in the western US to help power a portion of its wireless network.