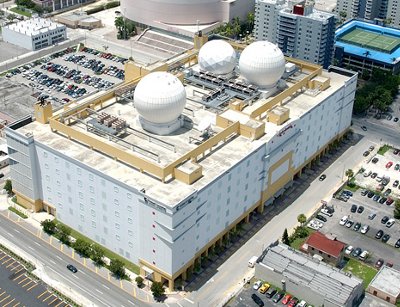 Telecom and data center services giant Verizon has closed its acquisition of data center firm Terremark, completing the deal through a short-form merger ÔÇô an expedited merger mechanism some US jurisdictions allow, which rids the companies seeking to merge from the need to put the deal to a shareholder vote.

New York-based Verizon first announced the deal to acquire Verizon for US$1.4bn ($19 per share) in January. The announcement was followed by a shareholder lawsuit, which the companies settled in March.

In a statement, Verizon said Terremark would operate as wholly owned Verizon subsidiary and would remain based in Miami. Terremark stock will stop trading on Nasdsq as of market close on 11 April and will no longer be listed on the exchange. Verizon stock is trading on the New York Stock Exchange.

Verizon Business president Robert Toohey said in a statement the company would expand its cloud-services portfolio as a result of the acquisition. "In the coming months, we'll leverage our collective strengths to roll out a differentiated portfolio of secure, on-demand cloud computing solutions to be delivered through a unified enterprise IT platform."

Verizon said in addition to giving each companies' data center customers access to a wider range of locations around the world, buying Terremark would strengthen Verizon's business with the US federal government. Terremark is a major data center services provider to federal agencies and has "government-grade" cloud computing solutions and facilities.