EMC’s converged hardware arm makes vBlocks that can be pooled

VCE, the EMC-owned converged infrastructure player has launched VxBlocks, a new range of hardware that (unlike existing vBlocks) can be extended up to 1000 racks. The products also show VCE’s new-found indepdence from Cisco, by allowing other network vendors into the system.

VCE’s new Vscale architecture lets VxBlocks extend in so-called sale-up and scale-out architectures. Current vBlocks cannot be combined and pooled, but VxBlocks can be used to build pools of storage and processing resources. 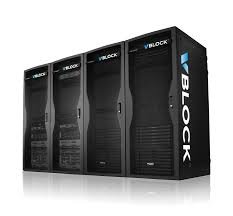 VCE was originally set up as a joint ventore with EMC providing storage, Cisco providing the networks, and VMware (another EMC subsidiary) providing the virtualization. In October 2014, Cisco sold up its part of the joint venture to EMC, leaving the storage giant to sail on alone.

The systems are pre-built and pre-tested before delivery to customers, and have ongoing lifecycle support - with the usual promised benefits of converged hardware, namely only one support phone number.

VCE has updated its infrastructure management software,with VCE Vision version 3 supporting intelligence across multiple systems, whether the customer has opted for Vscale or not.

There is of course hybrid cloud - made up of a combination of VMware and EMC products including VMware NSX network virtualization, VMware vRealize orchestration, and EMC ViPR software-defined-storage.

Like all converged players, VCE quotes lip-smacking market forecasts from Gartner, with figures from Gartner suggesting that $3.6 billion of business in 2013 for the sector will grow at 43 percent a year, to $11.2bn in 2017.