Starting in Chicago and Atlanta

KEX is a platform that allows for easier data exchange between companies. KEX will first be deployed in Digital Realty’s facilities in Chicago and Atlanta. This will allow easy access for a company, for example, to exchange traffic with any other networks that run through either of Digital's Chicago or Atlanta centers.

Cole Crawford, founder and CEO of Vapor IO, said: "The Internet requires a new way to interconnect networks at the Edge because Edge applications demand an order-of-magnitude reduction in latency over the status quo.

“The Kinetic Edge Exchange offers a neutral host platform for exchanging data at the Edge, making it possible to speed up Internet traffic, reduce backhaul congestion and deliver low-latency services in a 5G world." 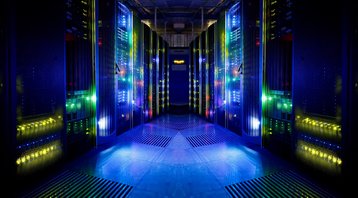 According to a statement from Vapor: "Moving data on the Internet requires many networks to cross-connect and exchange traffic.

"Tenants of Vapor IO’s Kinetic Edge colocation platform can interconnect with one another using virtual and physical Meet-Me Room (MMR)."