As Utah and New Mexico fight for Facebook’s good graces, some in the city of West Jordan have questioned the extent of Utah’s tax incentives offered for potential data center development, which could total as much as $240 million.

A lack of transparency over ’Project Discus’ has raised concerns about the real-world impact of a 550,000 square foot facility.

Internet giant Facebook is thought to be behind a push to get a large data center built in either Utah or New Mexico, depending on which state offers a better deal.

But the move has been shrouded in secrecy as the company attempted to keep its name off official records. In New Mexico, it is believed that Facebook operates through shell company Greater Kudu LLC, which has managed to gain large industrial revenue bonds as an incentive, and is currently set to attend a public meeting.

Over in Utah, Facebook worked in secret in January to push through a bill called SB178 - which included the provision to give large incentives to ’enterprise data centers’ totaling more than 150,000 square feet, on a parcel of land that is 50 acres or more.

As reported by UtahPolicy, the bill was sponsored by Republican Senator Curt Bramble, and was quickly pushed through the Senate, passed the Business and Labor Committee unanimously, and spent two minutes being considered  on the Consent Calendar floor debate.

But in the House, the bill met resistance, and was quietly killed due to the lack of disclosure over Facebook’s connection.

Facebook, which hired Paul Rogers & Associates’ Jeff Rogers as a lobbyist, as well as president of the State Privacy and Security Coalition Will Castleberry as its director of state public policy, was successful elsewhere. It helped pass the HB242 bill, which provides tax exemptions on renewable energy.

Bramble, who received $2,500 from Paul Rogers, told UtahPolicy he was okay with Facebook’s involvement in the bills: “These kinds of decisions put Utah on the cutting edge of technology and employment. This is a shot in the arm for Utah’s high-tech industry.” 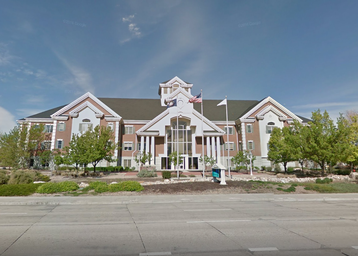 House Speaker Greg Hughes, however, told the website that while the SB178 bill may be good for economic development, quietly passing it to aid a single company was bad for the process of transparency.

Last month SB178 returned as SB3002 and was successfully passed.

Now, Facebook is thought to be nearing a deal which would see the corporation gain a local tax break and rebate worth roughly $240 million in West Jordan, Utah.

Facebook has not been officially confirmed as the organization behind the planned 550,000 square foot data center set on a 1,700 acre piece of land, although the company has been definitively linked to a request by Rocky Mountain Power for an “expedited” special renewable energy service contract for a Facebook project in Utah.

It has been estimated that at full build out, the data center might require 180 megawatts, about three times more than the NSA facility -  currently the state’s largest data center.

“I want to be a part of bringing a marquee name to Utah and growing our brand… I do worry about screwing up this deal and losing an opportunity, but even more than that I worry that we’re being taken advantage of and getting fleeced by a company that’s pretty sophisticated.”

McAdams also noted that the facility might only bring around 70 to 100 jobs. “As we look at the local incentive alone… we will be paying the company anywhere from $2.4 million to $3.4 million per job, depending on how many jobs they bring in. That really gives me concern — are we really doing something good for the taxpayer, or is it too costly?”

In a letter to Gov. Gary Herbert by McAdams, obtained by KSL, he also said: “I am concerned about the proposed commitment of 5.3 million gallons of water per day and to the financial impacts of providing this water on the residents of Salt Lake County.”

West Jordan City Manager Mark Palesh defended the construction when talking to the website, saying that it would encourage other tech businesses to come to the area. “I mean, I envy Lehi – look at what’s going on down there. [You] can’t even move without a new building going up, and we would like to do that for our city as well.”

Kim Wells, West Jordan City spokeswoman, told KSL that there will be two West Jordan Taxing Entity Committee meetings on the issue, one on August 8 at West Jordan City Hall, and the other either on the 18th or 22nd. Public comment will not be accepted during the meetings.

Should the matter proceed further, it will go before West Jordan’s Redevelopment Agency on August 24.