You have to pick one Zuckerberg, don’t be greedy

Things are heating up in the race between New Mexico and Utah as they compete to be the site for Facebook’s large new data center.

New Mexico has seen its Attorney General throw his backing behind a project in his state, while in Utah the mayor of West Jordan said that he hopes to have Facebook break ground this very month. 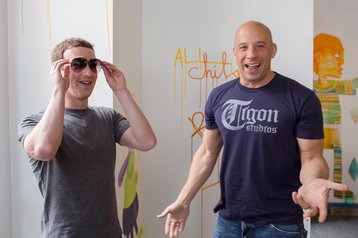 “I’m committed to ensuring that New Mexico families have access to clean, affordable energy, and to protecting and encouraging job growth for New Mexico’s future, so I will be submitting comments to the [Public Regulation Commission] in favor of this project later this week” said Attorney General Hector Balderas, commenting on a request backed by Facebook for a power purchase agreement (PPA) for renewable energy.

“Besides the environmental benefits, the project will create additional jobs for the state of New Mexico while increasing tax revenue.”

She continued: “Facebook’s wishes are no novel curiosity or outlier special circumstance, they are driven by dollars and sense that go hand in hand with sustainability on water, air, climate — the same view New Mexican residents and communities have been expressing to PNM and the PRC for some time now. Let’s hope this great moment for New Mexico will herald similar respect for similar preferences of New Mexico residents and small businesses.”

Commission chairwoman Valerie Espinoza asked New Mexico utility PNM to provide a comprehensive risk and cost analysis for customers. The utility had originally asked for an expedited process for approving Facebook’s request, without a public hearing, but the commission insisted that it take place.

But while New Mexico is trying its best to woo Facebook and see the proposed $250 million, mostly renewable-energy-powered data center come to Los Lunas, it is not alone.

Utah heavily courted the social networking giant, rolling out a series of lucrative tax incentives, which seem to have borne fruit.

In spite of concerns over the level of incentives - which would cost property taxing entities $185 million over 20 years, but may cost $240 million in total when $50 million in energy tax and $1.5 million in sales tax rebates are taken into account - rapid progress has been made.

“I’m just hoping we can … move forward and we as a state get this data center,” West Jordan Mayor Kim Rolfe said. “This is a great deal for the state of Utah and for West Jordan city.”

“It’s moving very rapidly at this point,” he added. “But we have been working on this deal with the state of Utah and all of the other entities for about a year and a half.”

Theresa Foxley, deputy director of the Utah Governor’s Office of Economic Development, said at a public meeting: “There are only a couple companies in the world that are large enough to need their own data centers to support their use, and a couple of them are here in Utah: Ebay, Oracle and EMC.”

She highlighted eBay as a company that began in the state with a “small presence,” but later added a 2,200-person customer support center in Draper. “That’s been a fabulous success story for the state.”

But, despite the upcoming meetings, Mayor Kim Rolfe told KSL: “From what I understand, they would like to break ground in August… That’s what I’ve been told.”