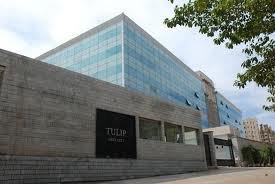 NSA requested $800 million for the project that will be sitting in 120 acres of land. Phase 1 of the facility will receive 30 MW of power and the agency plans to award the construction contract by May of next year and complete the project by March 2013, according to the agency's budget estimate. The project has not yet entered the design phase, which is expected to be completed by February 2010.

First phase of the project, however, will include building infrastructure to support a 65 MW energy load after Phase 2 is complete, also estimated to cost about $800 million. Funds for Phase 2 have not been appropriated for this budget cycle.

The agency plans to design the data center "to the highest LEED standard attainable within available resources." Raised floors in the facility will be required to handle 1,500 pounds per square foot.

"Following approval of formal requirements and subsequent intelligence community evaluation of several potential data center locations throughout the United States, Camp Williams in Utah emerged as the best choice of location," NSA spokeswoman Marci Green wrote in an email. "Over the coming months the project management team will begin the design phase and this will be followed by the issuance of a Request for Proposal in order to competitively select a developer for the project."

Green declined to provide any more information about the project or the agency's existing IT infrastructure.