Redefinition of data centers means the military has to clear a lot of cupboards….

Despite an aggressive start in the US Federal Government consolidation program, the Department of Defense (DoD) has fallen behind its targets for closing data centers.

The Federal Data Center Consolidation Initiative (FDCCI), launched in 2010, set targets for closing down data centers, and combining the needed resources into fewer, more efficient facilities, while moving services to the cloud where possible. Since then, things have changed, and the initiative has been updated. The DoD has been doing its best, but has been criticized in a recent government report. 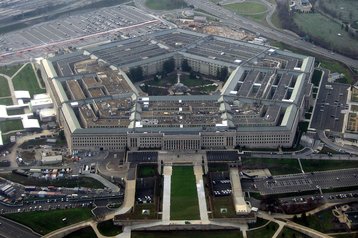 What exactly is a data center?

The FDCCI has disrupted the way that the Federal government does its IT business, but the target has been moving. At one point the DoD could have been considered a poster child for the consolidation and closure efforts, but it has now been taken to task for falling behind.

Unlike other Federal agencies with a small number of data centers, the DoD was faced with thousands of data centers that needed to be closed to meet the goal. It took an aggressive stance on closure and consolidation shutting down hundreds of data centers and deploying consolidated applications. Its goal was to shut down 40 percent of the more than 1100 data centers identified as its responsibility by the Office of Management and Budget (OMB).

In the first five years of the program the DoD was able to shut down and consolidate over 560 identified data centers, which sounds like a laudable level, higher than 50 percent. However, an Inspector General’s report issued two weeks ago, said it was far behind that 40 percent goal, and not on track to meet a newly defined goal of 60 percent by 2018.

This happened because halfway through the first 5 years of the program, the OMB changed the definition of a data center, from a definition that required 500 sq ft of space to a far broader definition that made every broom closet with a switch for a local network an official data center. This resulted in the addition of more than 2500 new data centers to the area of responsibility for the DoD; a total of over 3100 data centers.

The IG report had a list of recommendations for the DoD and DoD CIO Terry Halvorsen was quoted as saying “Although DOD does not agree with every aspect of the report findings, DOD does agree more aggressive action is required to achieve data center consolidation and accepts the DOD IG recommendations.