Or perhaps it's a very cruel April Fool's prank

Several major airlines across the US temporarily grounded their planes this Monday due to a software outage.

AeroData, which tracks the weight and balance of a plane and is used for flight planning, suffered an unspecified fault that brought its servers offline. Southwest, United, JetBlue, Alaska and Delta were among those affected, with some of the airlines unable to create paperwork as a result.

The technical problem has now been fixed, with no flights outright canceled, but around 780 flights have been delayed - travelers are recommended to check their specific flight for further details. 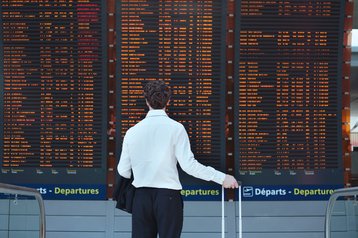 "As of 6:05am CDT, Southwest Airlines has lifted an internal ground stop implemented for about 40 minutes this morning during an outage with a vendor that services multiple carriers with data used in flight planning," Southwest said in a statement.

While the cause for the outage is unknown, a 2017 case study by VMware reveals that AeroData operates three data centers in Arizona and Colorado.

The study notes: "AeroData provides critical flight data for major airlines. Its customers appreciate that these services are connected but separate from the airline’s own IT systems. AeroData ensures customer data is secure and flight data is available when needed even when airlines experience issues. AeroData’s flight deck client-server application is the last application used by pilots before the aircraft entry door is closed prior to takeoff. As a result, just five minutes of system downtime can result in over 100 delayed flights and loss of revenue."

The case study details how AeroData shifted to a "software-defined data center approach secured by VMware NSX" and vSAN for storage.

The study continues: "AeroData uses a WAN acceleration technology to perform policy-based routing from one data center to another. The WAN acceleration technology not only provides protection against circuit failures (i.e. MPLS and ISP), but also improves bandwidth utilization by up to 80 percent. With NSX and a complementary WAN optimization solution in place, AeroData is able to significantly reduce the clone and migration time of its applications from one data center to another."

It is not known if the company has updated its facilities further since 2017.

To be fair to AeroData, it is far from the only example of a system outage bringing flights to a halt. A highly complex mix of interconnecting systems with very little room for error, flight management is beset by difficulties.

Just last week, Sabre - a company involved in printing baggage tickets, check-ins and reservations - had IT issues that delayed flights across the US.

One of the most infamous cases involves British Airways, which canceled 672 flights during a three-day Bank Holiday weekend in 2017, at an estimated cost of £58 million ($75m).

The reason for the issue was blamed on a power outage bringing down a BA data center operated by CBRE. In 2018, BA took the company to court, blaming it for the outage - but earlier this year the two businesses quietly settled, with no admission as to liability.