51st Communications Squadron will get a new data center

The 51st Communications Squadron of the US Air Force has broken ground on a new headquarters at the 51st Fighter Wing Osan Air Base, in South Korea.

The new HQ will house a new data center, with updated network operations. It will also act as the communications focal point, alternate crisis action team, and emergency operations center location for the squadron. 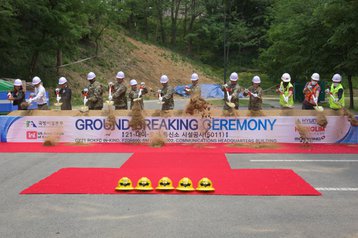 At the groundbreaking ceremony, officials said that the new HQ will provide "a smaller, more consolidated, smarter and faster data center infrastructure."

However, the Air Force did not disclose any details about the size or power consumption of the data center. DCD has contacted the Air Force for further information.

The prior Communications Headquarters, which included a data center and telecommunications node, spanned 72,000 square feet (6,700 sqm).

The 51st Communications Squadron is one of five squadrons assigned to the 51st Mission Support Group, 51st Fighter Wing Osan Air Base. It was set up in 1948, initially out of Japan, but moved to Osan in 1992.