The Uptime Institute has changed the way it manages its Tier system for rating the reliability of data centers, to prevent service providers making deceptive claims.

Service providers in North America will no longer be able to dsplay a certificate, or be listed on the Uptime site, when their design documents have been assessed for meeting the requirements of the Institute’s Tier system. The change has come about because service providers may have been misleading customers, by displaying certificates which say their sites were designed to Tier III specifications, when the site was actually built to a lower standard. 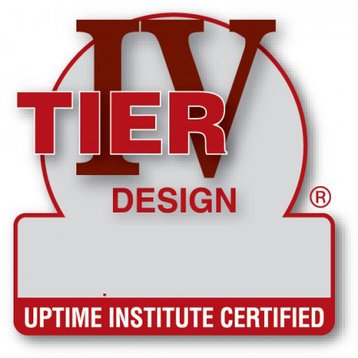 It will end in Tiers

The Design Document certification only applies to a data center’s plans and specifications, not (necessarily to the site that is eventually built and operated. From July 1, commercial data centers in the US - includiung cloud and colo sites - will no longer be given a “foil” to display, or listed on Uptime’s page for Design Document certification.

Uptime says the change addresses a concern that “a Tier Certification of Design Documents could be used to substantiate a data center that is designed to one Tier level and constructed and commissioned to another Tier level”,]

The foil will still be issued - but not until the facility is constructed and passes the “constructed facility” stage, where Uptime inspects the actual data center.

The announcement was welcomed by Chris Crosby, CEO of Compass Data Centers. ”As many of you know I’ve been advocating a change in the Uptime Institute’s Tier certification process to curtail the ability of provider’s to claim Tier III or IV certification on the basis of their design documents alone. This practice is patently deceptive since customers believe the facility has been constructed to meet certification criteria when in fact it hasn’t,” he said in a blog post. “To the folks at Uptime I say, Bravo.”

This policy applies only to service providers, not enterprise data centers, and it does not affect any certificates issued or contracted before 1 July.