University researchers have unveiled a proposal to use infrared beams instead of cables in the data center. 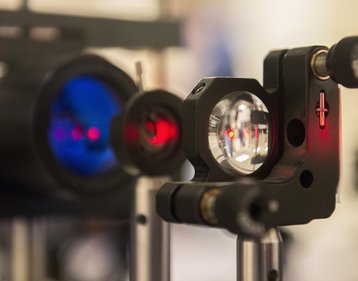 “We and others tried radio frequency signaling, but the beams become wide over short distances,” Mohsen Kavehrad, W. L. Weiss chair professor of electrical engineering, Penn State, said. “The buildings could be a mile long and every rack should be able to communicate.”

“It uses a very inexpensive lens, we get a very narrow infrared beam with zero interference and no limit to the number of connections with high throughput.”

The team have called the idea ‘Free-space optical Inter-Rack nEtwork with high FLexibilitY,’ so that it can be nicknamed Firefly.

The concept behind Firefly is that it would use infrared lasers and receivers mounted on top of data center racks at around 6.5 foot high, with modules able to acquire a target on any rack by using microelectromechanical systems (MEMS) with very small mirrors.

So far, the team have built a simplified, proof-of-concept system to show that system can carry data and target the receiver. It transmits wavelength division multiplexed, that is multiple signals sent by different colored lights, along bi-directional data streams that each have a transmission rate of 10 Gbps.

“We are trying to come up with something reconfigurable using light instead of millimeter waves (radio frequency),” said Kavehrad, in reference to attempts like one by Microsoft engineers to use radio-frequency signaling, which resulted in high interference.

“We need to avoid overprovisioning and supply sufficient capacity to do the interconnect with minimal switches. We would like to get rid of the fiber optics altogether.”

Free-space optics is also the technology that Laser Light Communications plans to use to compete with submarine cables. Instead of sending data over fiber in the sea, it will travel via lasers in space.