The D-Wave 2000Q has been installed in the NASA Advanced Supercomputing Facility at NASA’s Ames Research Center, and will be used by the space agency, USRA and Google. Together, the groups operate the Quantum Artificial Intelligence Laboratory, and were one of D-Wave’s first customers. 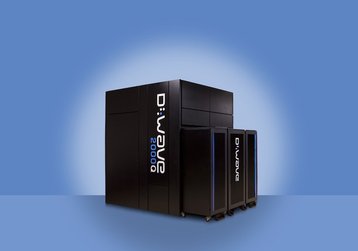 “This has included research on the use of quantum computing for a range of applications including machine learning, planning and scheduling, diagnostics, medicine, biology, and finance.”

Quantum annealing, the form of computer D-Wave builds, is simpler than the methods pursued by others such as IBM, Microsoft and Google.

Dr Dominic Walliman, applications engineer for D-Wave, explained the difference in 2015: “In quantum annealing, what you’re trying to do is harness the natural evolution of quantum states, although you don’t have any control over that evolution.

“In gate model quantum computing, the aim is a lot more ambitious. What you’re trying to do there is to try to be able to control and manipulate the evolution of that quantum state over time. Now this is a lot more difficult because quantum systems tend to be incredibly delicate to work with, however having that amount of control means you can solve a bigger class of problems.

“So these differences are the reason why it’s been possible to scale up quantum annealing processes to over 1,000 qubits now, whereas the state of the art in gate model computing is around 10 qubits.”

D-Wave’s latest computer has since improved upon its 1,000 quantum bit record, at 2,031 qubits. Google, meanwhile, is thought to be set to release a 50 qubit universal quantum computer by the end of this year, with internal slides suggesting it will offer access to the machine on Google Cloud.

Sergio Boixo, tech lead of the Quantum AI Theory Group at Google, said: “Google has a team of experimentalists and theorists focused on making practical quantum computing a reality. Quantum annealers are one of the platforms that we are investigating, and we are cautiously optimistic that phenomena in quantum physics, such as many-body delocalization, will unlock the potential of quantum enhanced optimization.”

Despite continuing skepticism over D-Wave’s approach, it has continued to find new (and, in this case, old) customers.

Most recently, the Canadian firm sold a 2000Q to US government contractor Temporal Defense Systems, and signed a deal with the Oak Ridge National Laboratory to offer the science and energy laboratory access to its system over the cloud.

These deals come after the company formed a Washington-based subsidiary to sell its products to the US government.