According to a new report over 80 per cent of tech workers feel under pressure to retire at the state pension age of 65 even though, by law, companies cannot force them to go.

As a result, almost half of all technical staff plan to retire early – more than in profession services, finance or sales. According to the report this means that a large proportion of the industry’s senior talent may leave the workforce by 2020 as ‘baby boomers’ approach retirement.

The talent shortage in the UK IT & Technology sector is set to worsen significantly as the baby boomer generation nears retirement and feels pressured to leave the workforce early, according to new research from recruitment company Randstad Technologies.

According to industry analyst Gartner, reporting last year, an overwhelming 80 per cent of firms are expected to find their growth held back this year due to a lack of new data center skills while the McKinsey Global Institute predicts a global shortage of 1.5 million skilled and qualified data center managers as early as 2015. 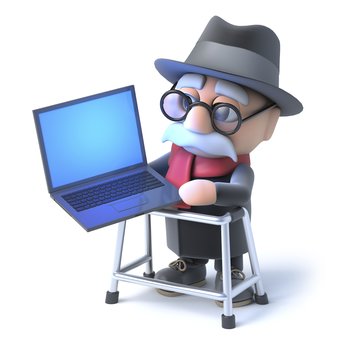 Are older workers being squeezed out of the UK market?

Skills shortage set to get worse

Nearly half of all hi-tech workers plan to retire early, which is set to cause a massive disruption as senior talent exits the workforce en masse. This is far more than the average across all industries in the UK. Approximately 35 per cent of workers in other industries are affected. However, more tech workers are planning to leave before state pension age than those working in finance, professional services or sales.

A recent report by Ros Altmann, the Pensions Minister, outlines that by 2022 the number of people in the workforce aged 50 to state pension age will have risen by 3.7 million to 13.8 million and the number aged 16-49 will have reduced by 700,000. As these older workers reach state pension age and exit the workforce, their departure will worsen the current severe skills shortage says the government and this is already holding back the hi-tech sector.

Of those Tech workers planning to retire early, 78 per cent cited the fact that: “they won’t be wanted in the workforce when older” as their motivation for accelerated retirement, with the remaining 12 per cent expecting to retire early because they are worried about age discrimination in their sector.

The reason behind this exodus is a pervasive pressure for older employees to leave the workforce at state pension age – and technology specialists feel this tension more acutely than most. Randstad Technologies’ research found that more than 83 per cent of hi-tech employees report feeling this pressure, compared to 75 per cent of workers across all other sectors in the UK. In addition, 36 per cent of employees in the Technology sector say this pressure is ‘significant’ while only 14 per cent say they don’t feel any pressure.

Ruth Jacobs, managing director of Randstad Technologies, said: “The Tech industry is facing an expansive experience exodus. The early retirement of the baby-boomers generation could lead to a serious skill shortage in the sector. This generation helped build the technology sector in the 1980s with pioneers like Steve Jobs and Bill Gates leading the way. Companies need this experience if the sector is going to continue to expand. There’s already fierce fighting for talent as it is, and early retirements will make it even harder to find the right people for the right jobs.”

Randstad Technologies’ research looked at what currently helps persuade workers to stay in the workforce for longer. In order to improve the retention of older workers, employers need to allow their more senior staff to have flexible working hours to help them fit their career around potential pressures like caring for loved ones and health issues. This was the most important factor for 43 per cent of workers in the sector.

Silicon Gorge workers are bettered prepared than others

Employees working in the Silicon Gorge cluster in the South West are better prepared than most to deal with the ageing workforce, but seven in ten (72 per cent) of people in the city of Bristol said that there is a pressure to leave the workforce at state retirement age and over a third (35 per cent) plan to retire early.

Jacobs said: “The Silicon Gorge Cluster is the driving force behind the South West’s growth. But the region’s economy could soon hit the brakes if the senior Tech workforce all retire en mass. The South West already has a high number of retirees and a shrinking workforce, an older population will place this under further pressure. However, giving Tech employees in the South West more flexible hours and helping them to retraining in the latest software will encourage techies to stay on longer.”