UK needs to up investment in 5G warns advisory report

The UK is at risk of not fully tapping into the potential of 5G due to insufficient investment, warns a report from the Digital Connectivity Forum (DCF), which says that up to an additional £25 billion ($28.85bn) needs to be invested.

According to the DCF, which acts as the leading advisory body to UK Government on connectivity, its report estimates that the UK can invest approximately £9bn (£10.39bn) on new network infrastructure by 2030. 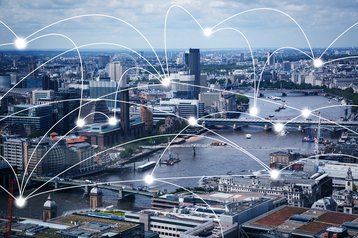 This lack of investment could hurt the UK when it comes to the development of new technology services that are dependent on 5G, including autonomous vehicles, automated logistics, and telemedicine.

But the DCF says these technological advancements can be achieved with an additional £23bn to £25bn investment by 2030.

All four of the UK's mobile network operators launched 5G services in 2019, with the UK as one of the leading nations for the rollout of the next-generation networks. EE, the UK's largest operator, announced it has rolled out its 5G services to an additional 14 locations yesterday, taking its total to nearly 200 across the UK.

"These technologies have the potential not only to increase the productivity of the nation and boost UK competitiveness, but also to improve the quality of services that the Government provides.

“Our research finds that there is a real risk of these revolutionary benefits not being realized. To make a reality of the Government’s leveling up agenda, to boost productivity, growth, and competitiveness requires action. We, therefore, encourage the Government and industry to work together to ensure that intensive and timely investment is delivered.”

The build-out of 5G networks in the UK has been far from straightforward, with the UK government backtracking on a decision to work with embattled Huawei, ultimately banning the Chinese vendor amid crippling US sanctions on the company amid security concerns.

Huawei had been set to play a role, albeit limited to a 35 percent cap, to provide UK telecoms companies access to their network for the build-out of 5G services. The UK government and then-PM Boris Johnson had given Huawei the limited role back in January 2020, only for the government to do a full u-turn by July of the same year.

As a result, UK telcos have been given until 2027 to remove all Huawei equipment from their respective 5G networks.