Accurate monitoring found to be lacking

The 4th edition of the guidelines, published in July 2016, sets out recommendations for rack inlet temperature – which it advises should remain between 18-27 °C (64.4-80.6°F). It also includes suggestions for accurate temperature testing, stipulating that sensors must not only be placed on walls and columns in the data center, but that there must be a sensor every 3 to 9m (between 10 and 30ft) inside each rack aisle. 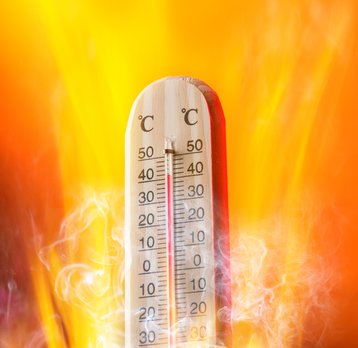 Researchers found that 11 percent of IT racks analysed were outside of the recommended temperature range, and that 78 percent of data centers had at least one rack that was too hot.

Data centers can operate at high temperatures – in fact, if it wasn’t for people having to work in them, ambient temperatures could be raised significantly. However, doing this without risking workloads requires enviromental data, measuring not just thermal conditions, but power consumption and airflow.

Lack of precision can turn out to be costly, as overheating can cause equipment failures; and according to a 2016 study by the Ponemon Institute, water, heat and air conditionning failures accounts for 11 percent of all data center outages.

The analysis follows on another survey by EkkoSense, of the same number of data centers and racks, which found that 66 percent of equipment achieved poor levels of cooling utilisation. This was attributed to poor airflow management and lack of accurate monitoring.