Trump opposes transfer of ICANN control out of the US

“Or Internet freedom will be lost for good, since there will be no way to make it great again once it is lost”

US Presidential candidate Donald Trump has spoken out against the upcoming transition of the Internet’s technical management from the US government to an international community of stakeholders.

The shift in control over the Internet Corporation for Assigned Names and Numbers (ICANN), previously managed by the National Telecommunications and Information Administration, is set to take place on October 1st, and has been planned since March 14, 2014. 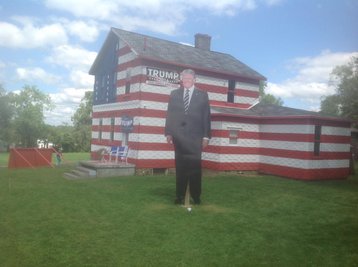 “Donald J. Trump is committed to preserving Internet freedom for the American people and citizens all over the world,” Stephen Miller, Trump’s National Policy director, said.

“The US should not turn control of the Internet over to the United Nations and the international community. President Obama intends to do so on his own authority – just 10 days from now, on October 1st, unless Congress acts quickly to stop him.

He continued: “The US created, developed and expanded the Internet across the globe. US oversight has kept the Internet free and open without government censorship – a fundamental American value rooted in our Constitution’s Free Speech clause. Internet freedom is now at risk with the President’s intent to cede control to international interests, including countries like China and Russia, which have a long track record of trying to impose online censorship. Congress needs to act, or Internet freedom will be lost for good, since there will be no way to make it great again once it is lost.”

The call to retain control over ICAAN comes on the back of similar demands by Senator Ted Cruz, who lost in his bid to become the Republican Party’s Presidential candidate this May and has since avoided endorsing Trump.

Earlier this month, Cruz said: “Under the guardianship of the United States and the First Amendment, the Internet has truly become an oasis of freedom. But that could soon change.”

“Imagine an Internet run like one of our large, private universities today, with speech codes and safe zones – an Internet that determines some terms are too scary, microaggressions are too troubling, we will not allow them to be spoken on the Internet.”

Cruz and other senior Republicans want to block the transfer, as part of the spending bill that has to pass in order to avoid a government shutdown on October 1. Texan Representative Bill Flores, head of the Republican Study Committee, recommended that his chamber moves first, with a spending measure that should include language blocking action on ICANN. Senator Chuck Grassley of Iowa, as well as four House and Senate Republicans are against the transition.

“I am hopeful and optimistic that leadership will follow through and protect the Internet,” Cruz told The New York Times, when asked if he would prevent the short-term spending bill from moving forward without the Internet provision. 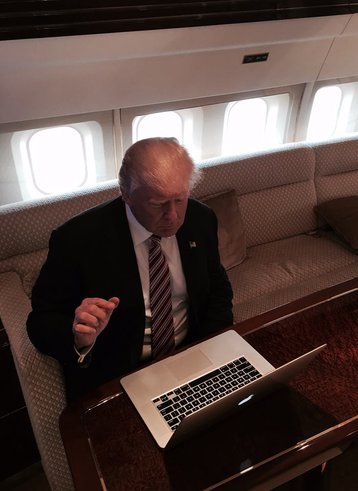 Dyn Fellow Andrew Sullivan, chair of the Internet Architecture Board, a nonprofit group of network engineers and firms including Google, Microsoft and Oracle, told the same paper: “It sounds like a fairy tale to anyone who understands how the Internet works.”

The White House press secretary, Josh Earnest, added: “The industry technology experts, business community and the largest Internet companies — like Facebook, Google and Twitter — have described it as imperative that the transition move forward.”

Last week a letter signed by companies including Google, Twitter, Amazon, Cloudflare and GoDaddy was sent to Congressional leaders.

The i2Coalition group said: “The Internet’s addressing system helps keep the Internet global, scalable and interoperable. It is imperative that Congress does not take action to delay the October 1st transition date. The Internet is defined by its inclusivity and openness. Those critical characteristics are reflected in the work that – over the course of many months of open, transparent and inclusive discussion – went into the drafting of this transition proposal, which is ready to be executed.

“A global, interoperable and stable Internet is essential for our economic and national security, and we remain committed to completing the nearly twenty year transition to the multi­stakeholder model that will best serve US interests.”

Bloomberg reports that in a recent meeting, Senator Dick Durbin, Democrat of Illinois, asked reporters: “Can Ted Cruz and Republicans dream up an any more obscure and irrelevant issue to stop the business of the American government?”

Analysts have warned that, should the decision to transition authority over ICANN be delayed, nations including Russia and China could attempt to shift domain name responsibilities to the United Nations, therefore giving those nations more influence over global Internet policy.

“Any delay would add a degree of instability and make the prospect of government control of the Internet more likely, not less,” Kathryn Brown, president of the Internet Society, a nonprofit organization whose members include Google, Brocade and Huawei, told The New York Times.

Jonathan Zuck, president of ACT/The App Association, a trade group that includes Apple, Facebook, Alphabet and Microsoft, told a Senate panel that “China and Iran and Russia are problems, have been and always have,” but that has “nothing to do with this transition.” He added that Congressional action to delay the change in oversight would simply give US allies an incentive to back UN control.

In an editorial for The Washington Post this week Sir Tim Berners-Lee, creator of the world wide web, and his colleague MIT professor Daniel Weitzner, said that “the misguided call for the United States to exert unilateral control over ICANN does nothing to advance free speech because ICANN, in fact, has no power whatsoever over individual speech online. ICANN… supervises domain names on the Internet. The actual flow of traffic, and therefore speech, is up to individual network and platform operators.”

The call from the Trump campaign to “preserve Internet freedom” is the latest chapter in the ICANN story, but marks a shift in strategy for the Republican candidate.

Previously, when talking about the spread of terrorism and the Internet’s role in indoctrination, he said: “We’re losing a lot of people because of the Internet. We have to see Bill Gates and a lot of different people that really understand what’s happening.