The US government is reportedly considering construction of a federal 5G network, with the Trump administration citing cyber security fears and China’s growing power in the network domain as the main reasons.

The proposal by the National Security Council (NSC) is still in the early stages: an alternative could see telecoms operators working together to build a joint network.

A long road ahead 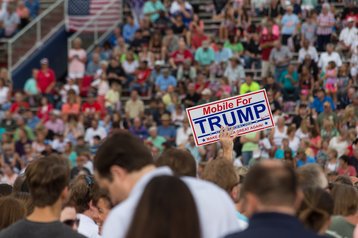 Axios has published a paper it said originated from an NSC presentation, detailing the proposal. Bloomberg, Reuters and several other publications confirmed the document with their own sources.

The text states: “In the 21st Century freedom is won and lost in the information domain. Our citizens and companies live in relative peace and security in all other domains, because of our powerful military.

“Yet, every day they face a war-zone in the information domain. State and non-state actors steal intellectual property and private data, sow division and obscure bad behavior, slander and defame the innocent, prey on the weak and plant the seeds for total darkness in the event of all-out war. There is no more pressing need for a change in strategy than in the information domain.”

The author claims that “the coming 5G revolution represents the first great leap into the information age. It is a change more like the invention of the Gutenberg Press than the move from 3G to 4G.”

“The transformative nature of 5G is its ability to enable the Massive Internet of Things. Technology and spectrum capacity enable connectivity far beyond current capabilities. Beam forming, multiple-input and multiple-output (MIMO) and software defined networking will allow for faster Internet speeds and longer battery life to support the device ecosystem.

“Unfortunately, if built using the current lnternet’s unsecure architecture model, this network will also exponentially expand the threats. On the current trajectory, the 5G world will offer opportunities to use the useful sensors and tools on the network as weapons.”

The NSC is concerned that China is further along with its 5G infrastructure deployment and has a stronger domestic manufacturing base for 5G equipment, so it could take advantage of the unsecure systems in the US.

“China is the dominant malicious actor in the Information Domain,” the document states.

“We want to build a network so the Chinese can’t listen to your calls,” an anonymous senior official told Reuters.

The document cites the Eisenhower National Highway system and the Space Program as examples of government projects that saw huge Federal investment in the name of national security.

A source told Axios that the debate continues over whether the government would build and own the network, or it would have carriers work together in a consortium, putting aside commercial rivalries for the greater good. Another option would leave the project to market forces, but the document states this would take longer and risk security issues. The report pushes for greater government intervention, but an Axios source said a recent version took a more neutral stance.

The document also details the various types of 5G networks that could be pursued, promoting the idea of a “single block network” only covering the Mid Band spectrum, with the option for carriers to build their own High Band networks.

“Estimates show that as much as $200 billion will be required for fiber deployment for 5G. That said, these reports are based on High Band deployment. Mid Band will require significantly less. Nevertheless, 5G deployment should be used as a catalyst for unlocking fiber deployment across the nation.”

Should the plan move ahead - something that is by no means guaranteed, with more talks expected over the next six to eight months before it is considered by the President - it could find favor among allies.

“There are several countries out there that have expressed an interest in partnering with the United States on our 5G network. It is unknown at this time whether they will choose to accelerate their deployment, but at the very least we can expect an interest in deploying a secure 5G network with equipment from a trusted supply chain.

”Importantly, this will allow for a counter to China’s economic model of using market dislocating principles to bind nations into their orbit in the information domain,” the document states.

“More broadly it can be the foundation to a democratic counter to the Belt and Road Initiative. We can expect the long term effect to be a lessening of Huawei’s global market dominance.”

As for developing nations, the author adds: “Joint developmental finance efforts could be merged to provide a one-stop shop for emerging market telecommunications projects. Another alternative would be to have certain allies and partners focus on certain regions for development. Eventually, this effort could help inoculate developing countries against Chinese neo-colonial behavior.”

This supposed behavior, and the growth of Huawei, are cited as serious threats to US national security.

“The magnitude of the Chinese market reserved to Huawei and ZTE allows the companies to effectively fund their with domestic sales while insulating the companies against global infrastructure spending downturns. The government has also extended an estimated $100 billion line of credit to Huawei to finance deals abroad. Combined with aggressive pricing, diplomatic support, and suspected payments to local officials, Huawei has quickly taken market share in the radio infrastructure market as well as optical and routing, leaving them poised to take market leadership of 5G.”

Ever since a Senate report claiming Chinese state influence over Huawei and ZTE was published in 2012, the two companies have struggled to do business in the United States and Australia. Recently, the US government helped squash a deal between Huawei and AT&T that would have seen the carrier offer one of the Chinese tech company’s phones. A bill in Congress also seeks to enact stronger bans against Huawei and ZTE.

Huawei has long denied connections to the Chinese Communist Party and state military. The US government relied on classified information for its accusations, and there remains no concrete public proof to back up its statements.

However, it is public knowledge that Huawei (along with numerous other Chinese companies) has benefited from infrastructure deals paid for with Chinese state loans, including some in the data center sector.

For example, the company built two data centers in Zimbabwe after the country got a $98m loan from China Export-Import Bank. It also built a data center in Zambia after the nation secured a $440m loan from China. Similar loan structures have proven to be a fundamental aspect of China’s One Belt One Road Initiative, a globe-spanning infrastructure and trade endeavor.

A matter of AI

The National Security Council (NSC) document also makes a debatable link between the necessity for a 5G network and the state of artificial intelligence in the US and China.

“Data is the oil of the 21st century and China has built the world’s first strategic reserve. Complete elimination of privacy standards combined with a strong firewall has enabled China to transform its “great firewall” into a “great ocean” of data.”

The document claims that “the current algorithm battles are slowly drifting in China’s favor as companies like Google build Al research centers inside China’s information sphere and world class data scientists mine the data (ours and theirs) without restraint. China has already catapulted into the lead for facial recognition to support its authoritarian regime. Much like America’s success in the competition for nuclear weapons, China’s 21st Century Manhattan Project sets them on a path to getting there first.”

While it is true that the Chinese government is backing a major AI push, with less restrictions on data usage, it is not clear how a 5G network would significantly change matters.

Wireless industry commenator Chetan Sharma told Axios: “Clearly they are two different things. AI benefits from 5G but it doesn’t require it, and there China is racing ahead.”