Summit is still at the summit

The 54th edition of the Top500 list of fastest supercomputers has the US maintaining its grip at the head of the list, but China dominating in overall system number. 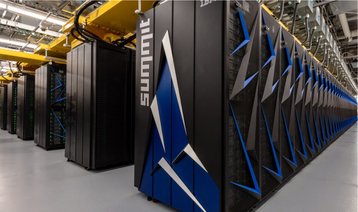 The entire top 10 list remains the same as the previous one from June: Tianhe-2A (Milky Way-2A) at four, with 61.4 petaflops for China’s National University of Defense Technology (NUDT). Dell's Frontera is at five, with 23.5 petaflops at the Texas Advanced Computing Center of the University of Texas in 2018.

Europe's first system comes in at six, with the 21.2 petaflops Piz Daint at the Swiss National Supercomputing Centre (CSCS). Then there comes another US system for nuclear weapons workloads, aptly named Trinity - a 20.2 petaflops Cray XC40 system operated by Los Alamos National Laboratory.

At eight is the first Japanese supercomputer, the 19.9 petaflops AI Bridging Cloud Infrastructure (ABCI) at the National Institute of Advanced Industrial Science and Technology (AIST). At nine is the SuperMUC-NG a 19.5 petaflops system at the Leibniz Supercomputing Centre near Munich.

Rounding out the list is Lawrence Livermore National Laboratory with the 18.2 petaflops Lassen supercomputer.

Overall, the aggregate performance of the systems is 1.65 exaflops. The most powerful new supercomputer is AiMOS, at position 25, with an HPL result of 8.0 petaflops.

But, with US systems on the whole more powerful, America has a 37.8 percent share of the list’s aggregate performance, ahead of China's 31.9 percent. That's down from the 38.4 percent to 29.9 percent performance in June.

Japan comes in at number three on the Top500, with 29 systems, followed by France with 18, Germany with 16, the Netherlands with 15, Ireland with 14, and the United Kingdom with 11.

As for vendors, China's companies are equally dominant - Lenovo (174 systems), Sugon (71), and Inspur (65). Cray is next with 36 systems, then HPE with 35 - but with HPE now having acquired Cray, the combined number is 71 systems.

On the chip front, Intel can boast a presence in 470 of the 500 system. IBM has 14 systems, AMD just 3. There are now two Arm supercomputers on the list - Sandia's Astra with Marvell’s ThunderX2 processors, and Fujitsu's A64FX prototype system.

Nvidia is the main accelerator company, with GPUs in 136 of the 145 accelerated systems.

As for the related Green500 list, which measures energy-efficiency, much more has changed in six months.

The new number one is the A64FX prototype supercomputer, which delivered 16.9 gigaflops/watt. A follow-up exascale system is expected in 2021/2022.

Next on the Green500 is NA-1, a Zettascaler machine that uses PEZY Computing’s PEZY-SC2 processors and delivers 16.3 gigaflops/watt. It is being readied for future installation at NA Simulation in Japan.