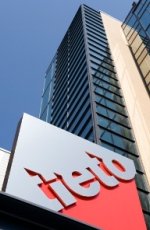 Tieto, one of the largest data center owners and operators in the Nordics, announced on Monday a new data center in Espoo, Finland, which the company began building earlier this month. The first two 5,400 square foot modules are due to come online by the end of 2010, with enough room to add 10 additional modules of equivalent size.

The Helsinki-based company said the new facility, at full build-out, would double its data center footprint in the Helsinki metropolitan area. A Tieto representative said in a past interview that the company operates a total of about 15 data centers, majority of them in Finland and Sweden.

"It is important for our current customers that certain IT operations will remain close to them geographically," said Ari Karppinen, Tieto's country head for Finland. "Modern data centre technology will enable full-scale production of the growing cloud computing services and the energy-saving virtualization of servers."

Tieto targets mid-size and large enterprises in northern Europe, Germany and Russia, providing a range of IT infrastructure outsourcing services. The company serves a variety of industries, including lumber, energy, manufacturing and automotive.

"Through new data centers, Tieto can also respond to the future growth of the market and IT outsourcing in particular."

Tieto's initial investment in the Espoo project is Ôé¼18 million, which the company estimates will cover the land and the first two modules.

Its other ongoing construction projects are in Sweden and Russia, where both new data centers are slated for launch in the spring of 2010.