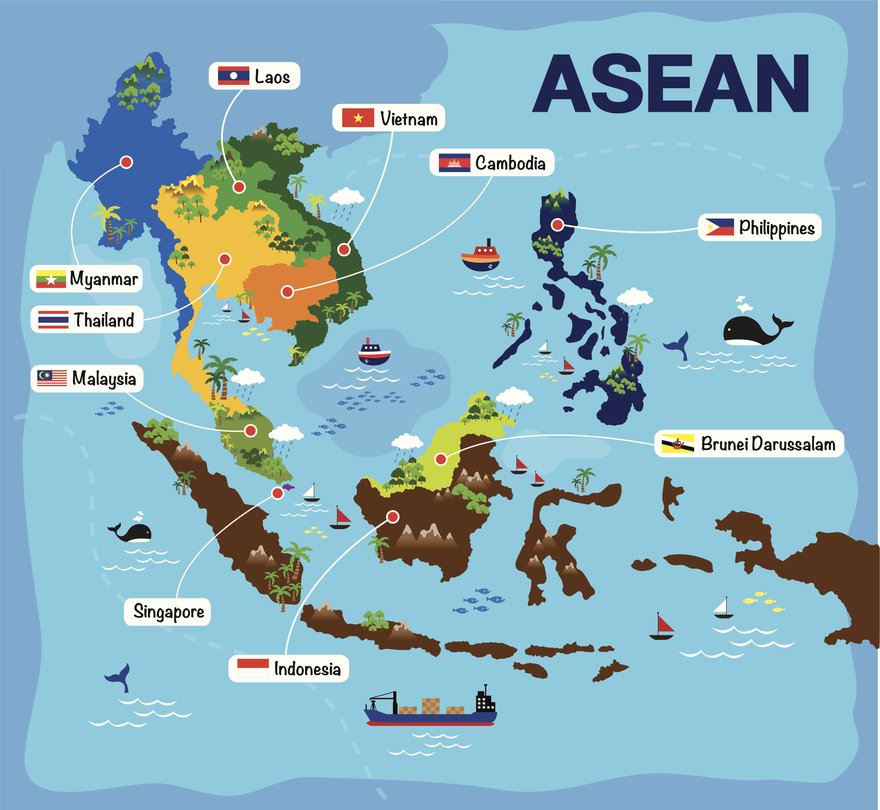 An increasing amount of attention has been focused on the Asia Pacific data center market in recent years, thanks to strong economic growth in China and India, two of the most populous nations on the planet.

With more than 600m people in ASEAN, the potential for growth in the data center market is huge, especially when one considers that that many of these countries are developing rapidly. With this in mind, we take a closer look at the evolving ASEAN data center market and the opportunities to be found there.

Geographically close, yet so different
Given their geographical locations, it is tempting to think of the various ASEAN members as various states of the same region. This would be a mistake, however, given the large differences in terms of language, history and culture. Indeed, the official member list here shows a total of 12 official languages. Similarly, there is also a large disparity in population size, which ranges from Brunei with 412k, Laos with 6.6m, Vietnam with 88.7m and Indonesia with 246.9m, according to 2012 figures from the World Bank.

Culture and size of population aside, there is also significant differences in terms of the maturity of the data center market, with countries like Singapore ranked at the top in terms of total data center capacity, and others such as Brunei, which only has a handful of data centers— the majority of which are operated by various government ministries or as private data centers.

Moreover, energy generation in Singapore is tightly regulated under the Energy Market Authority (EMA), while companies have the option to build standalone power generating plants for their own use in Indonesia, says Clement Goh, managing director for South Asia at data center operator Equinix. This means that data center operators could rely to their own power stations to either supplement power from the national grid or to function as a backup power source. (Read more in The Challenges of Operating in Indonesia here.)

One similarity would be how many of the countries in ASEAN offer fuel subsidies, which the World Economic Forum says disincentives both renewable energy investments and the adoption of energy efficient technologies. As it is, countries such as Brunei, Malaysia, Myanmar, Thailand and Vietnam are enforcing policies designed to better align domestic fuel prices to that of global markets. (Read Malaysia hikes power prices).

Opportunities, opportunities, and more opportunities
Differences aside, the ASEAN region is very much a hotbed of opportunities for data center operators if one looks closely. Singapore, for example, has been listed by analyst firm IDC as one of the top three countries in the entire South East Asian region for building data centers. The country is not content to rest on its laurels though, and the Infocomm Development Authority of Singapore (IDA) is currently preparing the design specifications on the provision of major services for a Data Center Park (DCP) envisioned to provide up to 105,000 sq m of rackable space. (Read: Taking a closer look at the Singapore Data Center Park)

In the same vein, Malaysia has done a credible job of developing its own data center market. Under the auspices and guidance of the Multimedia Development Corporation (MDeC), the country is now one of the preferred locations for data centers in the region. Aside from ample land, and political stability, it also boats of access to renewable power from hydroelectric dams. In addition, the Iskandar Malaysia development in the State of Johor is also generating new levels of interest for data center developers, and is already earmarked for the establishment of a second hub for data center parks in the country. (Read: Malaysia—Creating a new data center market)

In Indonesia, recent laws that requires financial organization to keep financial data within the country have served to increase domestic demand for data centers. There is some expectation that this would be extended beyond financial institutions to cover all IT services, which would further bolster this demand. With a huge population in Indonesia to fuel domestic cloud consumption, and the data center demand looks set to continue growing.

With a population of 67m, a reasonably liberalized network and a healthy number of data centers already operating in the country, Thailand is another country that data center operators are keeping a close watch on. Wong Ka Vin, the Managing Director of 1-Net Singapore told FOCUS in an interview that Bangkok is one of three top locations that the firm has its eyes on for future growth.

And while concerns about political stability is no doubt foremost in the minds of investors, there is no mistaking the interest in using Thailand as a base for reaching the Greater Mekong Subregion (GMS). The latter consisting of the countries bound together by the Mekong River, and consists of Cambodia, Laos, Myanmar, Thailand, Vietnam and a small part of China.

The appeal of the GMS lies in its industry base, population and the increasing number of multinational corporations (MNC) operating there. NTT Communications had recently extended its Asia Submarine-cable Express (ASE) to Cambodia and established a Point-of-Presence (PoP) in Bangkok to function as the center of the GMS.

Finally, there is interest in Myanmar, too. In a call this week with Bernadette Noujaim Baldwin, Telstra Global’s head of Connectivity and Platforms, she spoke of Myanmar as a significant market that Telstra Global is looking to establish additional PoPs in. The more relaxed political atmosphere has allowed businesses to move into the country, said Noujaim Baldwin.

Conclusion
The many opportunities in ASEAN, coupled with the universal growth of smartphones and social media is likely to drive up data consumption and the use of cloud services. This in turn is expected to significantly increase demand for data centers in the region.

A recent report by Nielsen points to a relatively modest smartphone penetration of the more populous countries such as Indonesia (23%), Philippines (15%) and Thailand (49%). If anything, this means there is a lot more room for significant growth over the next few years, especially given that mobile devices are significantly more affordable than traditional computing devices.