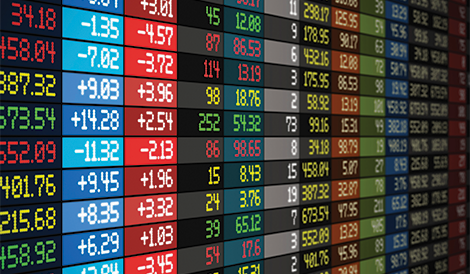 In Europe the London Stock Exchange and BATS Chi-X are battling it out for the title of Europe’s largest exchange. LSE runs its own data center and matching engine in central London while BATs Chi-X operates a primary site in Equinix LD4 in Slough, a secondary site in LD3 at Park Royal and a Point of Presence in Interxion.

The dedicated commercial data center players are not the only players in London or, indeed, Europe. ICE (the Intercontinental Exchange) committed to retaining the data center facilities it inherited when it completed the US$8.2bn acquisition of NYSE Euronext in November 2013.

Following the completion of the deal, ICE said it would keep both NYSE’s Basildon data center located 25 miles from London and its sister facility in Mahwah, New Jersey, which is around the same distance from Wall St.

It is a widely held view that ICE bought NYSE for its Liffe business which has a large portion of the European derivatives market.

In early January news broken by Bloomberg said ICE is planning to divest itself of Euronext, operator of the Paris, Madrid and Amsterdam exchanges which are hosted in Basildon. Euronext, which was formed in 2000 and sold itself to NYSE in 2007, will be floated as public company in 2014 with a planned Initial Public Offering. Under the terms of the regulatory approval of the NYSE acquisition ICE committed to retaining at least a 25% stake in Euronext unless it could find other long-term stakeholders.

This news came at a time not long after ICE said it would divest much of NYSE Technologies, the division which had been established to provide technology services to the financial markets, services which were to be hosted from the Basildon and Mahwah data centers. ICE would retain the SFTI (Secure Financial Transaction Infrastructure) network which links exchange venues and players around the world but would divest of products such as its monitoring service DART and its consolidated data distribution service Superfeed.

Announcing its intention to retain the data centers in December 2013, ICE issued a statement which said: “Upon the successful separation of the Liffe and Euronext businesses, which is expected to take place in the first quarter of 2014, ICE will begin to transition Liffe contracts to the ICE trading platform and to the ICE Futures Europe exchange, starting with agricultural commodity contracts in the summer of 2014. Liffe equity derivatives contracts, including indices and single stock futures and options and interest rates contracts are expected to transition in the third and fourth quarters, respectively. It is anticipated that the Liffe operations will be fully integrated by the end of 2014.”

“ICE plans to retain the UK data center, located in Basildon, Essex, and matching engines for Liffe markets will continue to operate from this site. Customers should be able to continue using their existing colocation facilities and SFTI network connections for trading Liffe markets on the ICE platform after transition with no material changes anticipated.”

As well as the exchanges listed above, other players that retain a presence at the Basildon data center include Goldman Sachs’ Sigma X MTF (multilateral trading facility).

Local competition
Bill Fenick, strategic and marketing director for financial services at Interxion, says: “ICE bought NYSE Euronext for Liffe.” Recently appointed to the role, Fenick says Interxion has a strong play in the derivatives market and he says it is starting to bring together a community. He says some companies are making a lot of noise but questions whether the noise is new.

“We are dealing with a sophisticated buy side and a sophisticated sell side and the number of ISVs who play in this market is growing. They all have a huge connectivity requirement and we can give them that with our multiple connectivity options. There are macro demand-side requirements. These include cost efficiency, understanding risk management regulations and understanding risk management with regards to technology. It is quite clear to say that only a few players can deliver,” Fenick says.

Like its commercial competitors, Interxion provides services to the FSI market players and to the data providers. “We are instrumental in proximity hosting for multiple assets. Success is based on execution. The strategy is to bring together a community of investment players,” it says.

Financial services is in a space between revolution and evolution, according to Fenick. The questions are what can you outsource and who can you trust? Fenick says experience is the key. Doing the basic things right attracts players and players bring liquidity.

Fenick offers the example of low latency testing. Low latency is still prominent and is still drawing in a crowd – and as ever in markets, crowds matter.

“For example, would you do low latency User Acceptance Testing (UAT) in the Cloud?” he asks. “Internal UAT is double the cost and requires engineering at scale. CIOs are asking if they can find better cost efficiencies by going to third parties. Low latency requires proximity and that requires a central location to fully understand the West to East attraction of London.”

What differentiates Interxion is its strong European footprint, Fenick says.

In the US, Roji Oommen, MD for financial services at the CenturyLink-owned hosting company Savvis, says: “We’re in the Infrastructure-as-a-Service business. We offer colocation and managed hosting and are able to scale up to demand and scale out to meet outsourcing requirements.” Savvis says its facilities currently handle 40% of electronic FX, 50% of dark pool liquidity and 20% of the equity market.

“What we’ve seen over last couple of years is that it is really hard to differentiate at the infrastructure layer. Your trading infrastructure – which has to be built for peak load which is 40 times more than it is at normal volumes – means that the opportunity for profit decreases. Because we’re at large scale we can make a profit,” Oommen says.

It makes sense for market participants to outsource that infrastructure and focus on their business. For Savvis the competitive landscape includes the exchanges themselves, especially public exchanges. But it believes the high cost for data centers means it is really difficult to profitably run commoditized infrastructure in a single location.

IEX, which is a new US-based Alternative Trading System, will use Savvis’ colo and managed hosting. If IEX wants to launch a new product it has the ability to reach critical mass quickly, says Oommen.

As for the traded instruments and how they are traded, Oommen sees opportunity. “Algo trading advantage can be about hosting in the same location as the counterparty but even with the routes that you take to get to external liquidity we can help solve a much bigger problem. It used to be in most industries that the business owner would have need and IT would supply that service. In electronic trading the head trader is probably a tech guy. We had to build expertise in the field to meet those requirements. It goes beyond: ‘I’ve got the data center, I’ve got the cloud capabilities and can meet elastic demand’.”

A class such as over-the-counter derivatives faces industrialization of the product. It creates an opportunity for disruptive entrants and new pricing models.

“It represents a global market and we are positioned to serve it. An interesting thing, we don’t think of it as a latency play. But given the turbulence it will cause if you are building a SEF (Swap Execution Facility) we can go to a new OTC venue such as a SEF and offer a low-capex model, provide access to an eco system and enable them to trade on day one,” Oommen says.

“We found the regulation – which forced the electronic trading of OTC derivatives – to be extremely thoughtful and they (the regulators) understand how it functions and the importance of market stability and public trust.” It will be a hugely liquid market and we’ll see how the dynamics evolve compared to other asset classes.

That said, across asset classes equities is by far the most IT intensive. Equities require 10GB per second cross connects.

Options
There are options galore for financial services players. Both established and disruptive data center suppliers are pushing the message that they have the necessary robust infrastructure and the required scale to provide service security and access to liquidity.

This article first appeared in Focus 33. To read the digital edition click here.