Texas grid hit by unplanned outages, this time due to hot weather

The Electric Reliability Council of Texas (ERCOT) said that a significant number of unexpected power plant outages and record use of electricity for cooling meant that the grid was struggling. 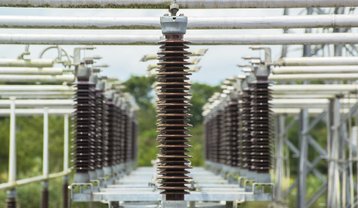 “I don’t have any potential reasons [for the plant outages] that I can share at this time,” said Warren Lasher, ERCOT senior director of systems planning, in a media call. “It is not consistent with fleet performance that we have seen over the last few summers.”

He added: “We operate the grid with the resources that we have available. It’s the responsibility of the generators to make sure their plants are available when demand is high.”

The majority of the offline plants used thermal power sources such as gas. ERCOT said that it currently “appears unlikely” it will have to enforce rolling outages.

In February, Texas was hit by outages, when the grid struggled under Storm Uri. A lack of regulations and poor winterization caused several outages over a week, leading to as many as 700 deaths.

Most data center operators were able to stay online, thanks to frantic diesel resupply efforts. With power out across the state, diesel suppliers could not pump their fuel into trucks. Instead, deliveries had to come in from out of state.

"[But the] interstates were shut down on the south part of Texas coming in from Louisiana to Houston," Digital Realty's Dallas/Fort Worth technical operations manager Benny Furtick told DCD in our analysis of the disaster.

"We didn't get to a point where we're running out of fuel, but the 24 hour period was getting pretty close to time's up by the time the trucks arrived."