A Canadian cloud and colocation provider that specializes in converting abandoned military bunkers into sustainable data centers is set to build another facility in Argentia, Newfoundland.

Teslagistics told the CBC News that several bunkers at the former McAndrew Air Force Base were in “pristine” condition, protected by four-feet thick walls made of reinforced concrete. 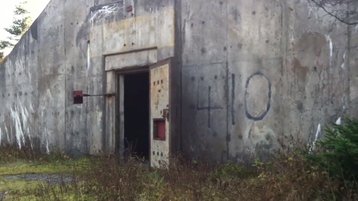 Teslagistics (named after technology pioneer Nicola Tesla) is known for adopting some of the most forward-looking data center technologies in its facilities.

The company is currently into the process of moving its headquarters from Toronto to the McAndrew Air Force Base in Argentia, where it is planning to build a number of data centers over the next 15 years, replacing former US military facilities.

Due to its geographic location, Newfoundland benefits from access to a number of subsea cables, including transatlantic connections. Indeed, the very first telegraph cable to connect America to Europe made its landing in Heart’s Content, just 100 kilometers north of Argentia. Combined with cold climate, it makes the island a particularly suitable site place for data center projects.

Teslagistics’ latest facility will be located in a ground-covered hangar previously used to store munitions. Despite being seventy years old, it is still very much “bomb proof” and offers highest levels of physical security.

According to Teslagistics this set-up uses 10 – 20 percent less power than air cooling, due to the absence of chassis fans and power supply fans. The data center will also feature inert gas fire suppression, and 2N+1 redundancy of power infrastructure.

The company hopes to start preliminary construction by February 2016.

The McAndrew Air Force Base was also equipped with underground water reservoirs, and Teslagistics previously said these could be converted to provide more white space on campus – with a single reservoir offering as much space as six bunkers.

The upcoming campus could benefit from a wind farm development in Argentia, which has been discussed by local authorities for the past 10 years.