Australian telco Telstra has completed the acquisition of subsea cable operator Pacnet - and will retire the Pacnet brand.

The $700 million purchase, announced in December, has gained approval from regulators and from Pacnet’s backers. Telstra’s press announcement revealed that it will eventually drop the Pacnet brand, with Brendon Riley, group executive of Telstra’s global enterprise and services, saying that Pacnet will be integrated into Telstra and  the Pacnet brand will be “progressively retired”. 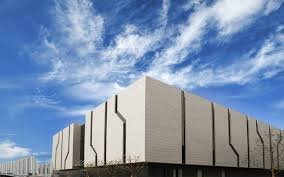 What’s in a name?

Some customers are disappointed to see the brand go - and very likely go quickly. While the onus is obviously on the acquirer, brands that are well established tend to be kept intact. SoftLayer, for example, retained its brand after its acquisition by IBM in 2013, while Savvis remained a brand after CenturyLink bought it in 2011, until it rebranded in 2014..

“Sadly, There is no ‘progressively’ about it, the brand is gone as of first April. All has been re-branded,” observed a former Pacnet executive in an email to DatacenterDynamics. We emailed the Pacnet press team to confirm this - and received a request to use a Telstra email address in the future.

Based in Singapore and Hong Kong, Pacnet owns a 46,000km undersea cable network, more than 20 data centers in the region, and has a presence in Mainland China through a joint venture called Pacnet Business Solutions (PBS). As we reported in “Why Telstra is paying $700M for Pacnet”, the acquisition is one that brings significant benefits to both parties.

Telstra will be able to significantly expand its operators in Asia, and gain from the culture and people from the innovative Singapore and Hong Kong based company. And while Pacnet is not in the red, the acquisition by cash-rich Telstra would give it the needed impetus to keep expanding in the capital-intensive world of telecommunications and data centers.

“The addition of Pacnet’s staff, infrastructure, technology and expertise will position Telstra as a leading provider of services to multinational and large companies in Asia,” said Riley. ”The completed acquisition will double Telstra’s customers in Asia, and greatly increase our network reach and data center capabilities across the region.”

Telstra is still awaiting regulatory approval to integrate Pacnet’s assets in the US, but that will not impact operations nor the purchase price.