Telstra to buy into SSCN's Southern Cross Next cable

Australian telco Telstra is buying a 25 percent stake in the Southern Cross Cable Network (SCCN), as well as substantial capacity on both the existing SSCN and the upcoming Southern Cross Next subsea cables.

The two deals, for shares and capacity, purchase are inter-dependent and subject to definitive documentation and relevant regulatory approvals. SSCN is owned by Spark New Zealand (50 percent), Singtel (40 percent) and Verizon Business (10 percent). 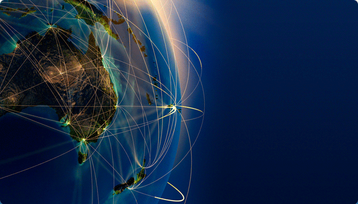 Southern Cross Next has been developed as an extension of the existing Southern Cross eco-system and will allow customers to use Southern Cross’ existing point-of-presence network and access infrastructure. Construction will be funded by a combination of capacity payments, equity contributions and financing.

“We are delighted that Telstra has committed to the cable as an anchor customer, and more so that Telstra sees the value in our capability long-term and is set to take a stake in the company,” said Southern Cross Cables president and CEO Anthony Briscoe, who pointed to how Southern Cross Next route will offer further resiliency and connectivity options between Australia, New Zealand and the United States.

Other submarine cables designed to connect Australia and replace the aging SEA-ME-WE3 cable have been recently completed or are nearing completion, including Indigo cable system from Singapore through Indonesia to Sydney, and the Australia Singapore Cable (ASC) that connects Singapore, Indonesia and Perth.