To help mitigate financial damage to its customers

The cloud-based service helps protect networks against one of the most popular – and cheapest – methods of causing financial damage to a business. According to research by the Ponemon Institute, the average cost of DDoS attacks to victims stood at $4.7 million in 2016. 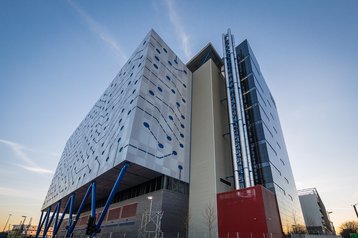 Together with their parent company KDDI, Telehouse Europe and Telehouse America operate a network of 46 data centers.

Like most online businesses, Telehouse customers are vulnerable to DDoS attacks which use thousands of compromised machines to flood the target network with bogus traffic in order to bring it to a standstill. To solve this problem, Telehouse has introduced an anti-DDoS service from Verisign that it says can be deployed quickly and easily.

“The Verisign DDoS Protection Service further enhances the range of solutions and value Telehouse offers its customers, giving them the assurance that our data centers provide them with a secure and highly connected environment to house their IT infrastructure,” said Ken Sakai, managing director of Telehouse Europe.