A new Telecom Italia data center in Acilia Rome, has been certified as Tier IV in the Uptime Institute’s reliability classification.

The building partners are proud of their part in achieving the certificate. “Tier IV indicates the highest degree of quality for a data center,” says LA Sia. “Therefore all the plant engineering and civil design is characterized by redundant systems, which will guarantee the maximum degree of safety.” 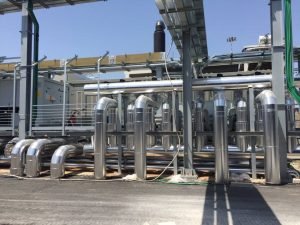